I've lost my mind. I've lost my phone. I cannot remember getting home. I don't. Even. Know. No. Nothing. My head is otherly from the rest of me. I drain the pitiful pithy end of the orange juice, then I drink fizzy water. The bubbles have sharp corners and hurt my mouth. It is all hard work, my lips are swollen, my eyes puffy, vision is blurred, coloured lights, flashing images, flickers of memories, dancing, crying, laughing. AND Wow, I am on the other side of seeing PRINCE. LIVE. PRINCE. YES. That did happen. PRINCE did actually happen.

PRINCE.  He wore gold. He wore mercury, a light metal that changed in the temperature of light and sound, he wore a suit of golden light, a fluid suit of full moon glitter and the dark materials that make butterfly wings shimmer. That's what he wore. Hair. He had an afro. He had the hair of Hendrix. Lights. I remember he kept switching the stage lights off. It was dark and exciting and the music was there, so you needn't be scared of the dark, his voice was there. And the songs, hit after hit after hit after hit after hit ... LETS GO CRAZY!

I enter my ladies chamber and sit at my desk, I'm seeking evidence that this wasn't all a dream. I log into my twitter to find my last tweet was a wonky picture of me and my friend Emily and the words "Nothing, no, not taking a picture of PRINCE or nothing... "  This photo was taken on the VIP balcony watching PRINCE at KOKO last night. IT REALLY HAPPENED. Secret party. PRINCE. Charity bash. PRINCE. AUTISM ROCKS. Don't take pictures. PRINCE. Don't tweet. PRINCE. Don't TELL anyone. PRINCE. But look, evidence, one sneaky, cheeky picture leeked out of me didn't it.  There were other photos ... pictures of Dickie ... and oh shit ... I have lost my phone... But I'm too happy to care. Because. PRINCE. 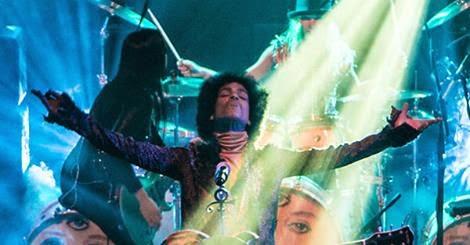 For some people it is David Bowie. For others it is all about Madonna, Kate Bush or Blondie or Nick Cave or Stevie Wonder or Dolly Parton or  {enter your own name} I love all of those living legends too...And Tina Turner. But I think my number one will always be PRINCE. I feel like I have loved him all my life. The first time I heard PRINCE? I can remember recording WHEN DOVES CRY on a tape recorder from Top Of The Pops off the telly and singing along with it playing at top volume. I remember thinking it was the most remarkable song. What does it even mean? Doves? Cry? Exactly! MAYBE I'M JUST LIKE MY MOTHER.

PRINCE opened his secret show last night with PURPLE RAIN. I wasn't expecting that, it knocked me for six and tears sprang to my eyes with that line "you say you want a leader, but you can't seem to make up your mind, I think you better close it"  a lyric written long before all of this, this bollocks, this war,  before  9/11. For me it was all about the songs with PRINCE, the stories, the lyrics, the words, and where we all were then, when these songs were first released. I remembered the first time I heard the words for SIGN OF THE TIMES and tears streamed down my face again. It's silly, no. When a rocket ship explodes. How embarrassing. How true. How nothing has changed. Tonight we're going to party like its 1999 and well once PRINCE had made me cry, well then he had me. Like the greatest entertainer of our lifetime, he started as he meant to go on, punching you in the face and ripping your guts open, making your heart race with hit after hit after hit after hit. I haven't seen PRINCE since the 20th Century. I remember I saw PRINCE perform in France. I was a student, I was inter-railing around Europe, we caught his tour in Nice. I remember seeing PRINCE at Wembly too. We've all done some growing and changing since then. You SEXYMOTHERFUCKER.

I don't know what it is about PRINCE...

Ah yes I do. It is everything about PRINCE. Watching PRINCE last night I really tried to be cynical, to say hey, adult-Salena, this was something you liked back in the day, back when you used wet look gel, electric blue mascara and bubble gum lip gloss. Back when you wore fingerless lace gloves and consumed bottles of Thunderbird under Hastings Pier. I tried hard to imagine all my purple days were over, but my love for PRINCE proved to be bigger than ever. It is difficult to write this without wanting to make jokes. It is hard to hero worship. We don't really write about love and respect for an artist until they die. We don't tell people what they mean to us until it is too late and they are dead and then we write RIP on facebook which is meaningless. It is hard to admit you have any favourite living heroes, without waiting for someone to piss on your parade. That was a great album too wasn't it PARADE...What's your favourite all time PRINCE album? What's your favourite PRINCE song? I love EROTIC CITY, I think its the sexiest song of all time. 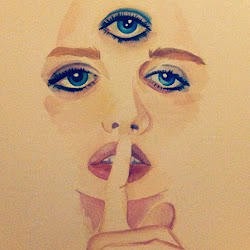 I couldn't get to any of his secret London pop-up gigs before and so I had some serious catching up to do. 3rd Eye Girl - What a treat! Amazing super-hot, uber-feisty all-girl line up commanding the stage, the music and the party with skillful and playful musicianship, the showmanship was non-stop epic. The drummer kicked ass. The foxy bass player was sassy as fuck. The fantastic lead guitarist blew me the fuck away. I love this new material as much as classics like NOTHING COMPARES TO YOU, what a beautiful PRINCE solo, he throbs, skips, flirts, funks, rocks and licks his lips and...and...and...PRINCE. The charity was Autism Rocks. Lets not forget it was for charity. Brilliant. Koko. Amazing. Thank you.

For more information and to donate to Autism Rocks, visit here 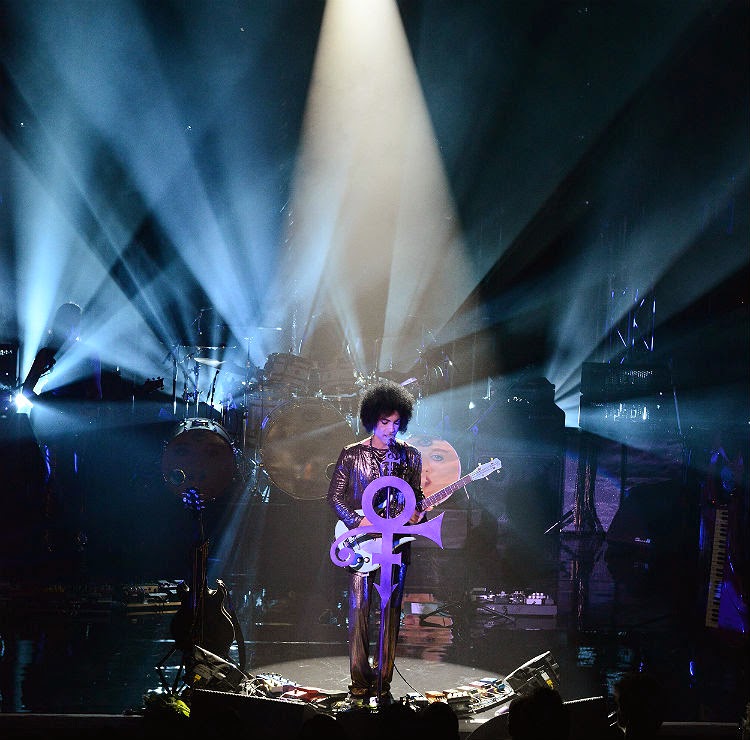