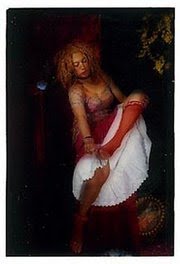 Here's a quick guide with links to cool gigs & news buzzing away at the beginning of 2012: 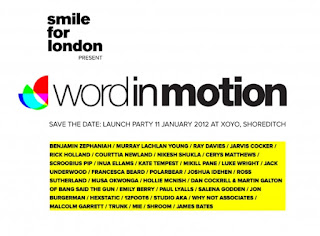 Follow them on twitter @smileforlondon
Smile For London launches on January 16th -
Here's a teaser trailer: http://vimeo.com/34987749
Look out for my poem 'Mirror Fish' on the London Underground, animated by the brilliant Ivo Sousa!
CLICK HERE FOR IVO SOUSA WEBSITE

JANUARY 19TH:
I will be in Clapham hosting and reading a poem for Gil at a sell-out tribute to GSH. This month the fabulous Book Slam have teamed up with Canongate Books and XL Recordings to celebrate the life of legendary poet, novelist and hip hop pioneer, Gil Scott-Heron and the launch of his posthumous memoir, 'The Last Holiday', at The Clapham Grand on the 19th Jan! Hosted by Salena Godden. Guests will include Kate Tempest, Ben Mellor and iconic DJs and tastemakers Jamie XX and Gilles Peterson playing a one-off, back-to-back musical tribute to the great man.
Follow then on twitter @bookslam and click here for the facebook page too
JANUARY 25TH:
We all head to the beautiful town of Bath for Hip Yak Poetry Shack will be at the Porter Cellar, Bath. Featuring Salena Godden, Chris Redmond, Liv Torc, Jonny Fluffypunk along with the Hip Yak Slam, previous slam winner David Oakwook 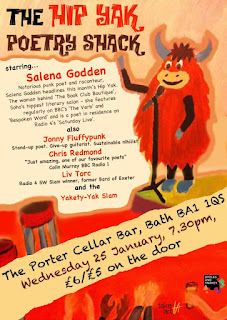 FEBRUARY 2ND:
Back in London and sizzling for the cupidity of Valentines - its all about Dark Romance at Salon. Screenwriter John Foster will be getting to the heart of psychological drama in film. President of PEN Lisa Appignanesi who has written a scientific treatment of ‘Love: An Anatomy of An Unruly Emotion’ will be taking the Salon crowd on an intimate journey of how love shapes our lives and our world. And raconteur and maitresse of the Book Club Boutique, Salena Godden will be on hand to explain poetic love and its enduring allure...Get your tickets here: http://www.salon-london.com/ 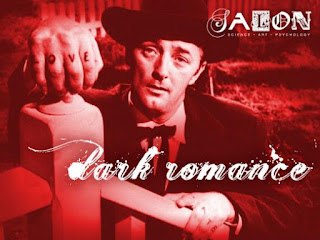 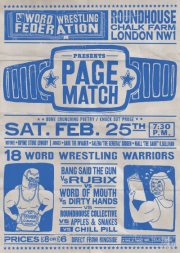