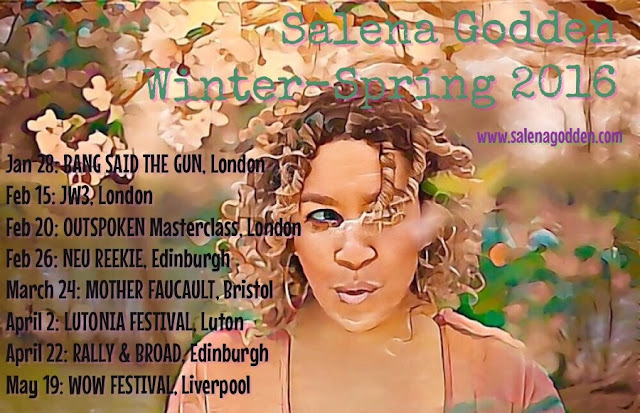 March 14th-19th:
Women In The Spotlight -
Commonword partnership with Arvon

May 19th:
WOW Festival, Liverpool
Stand Up And Spit with Tim Wells 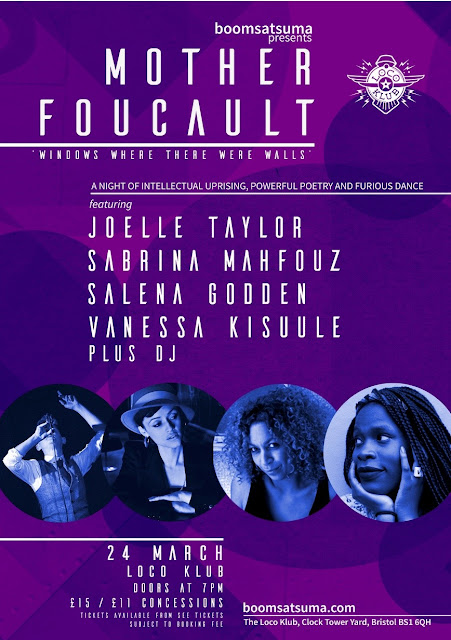 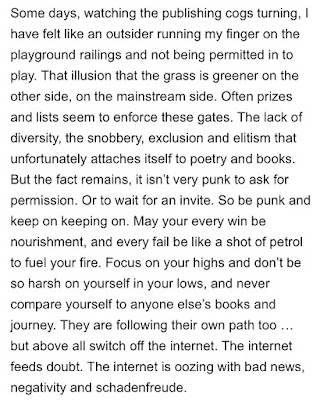 "It isn't very punk to ask for permission"

The Double Life of Salena Godden

INTERVIEW OUT THIS WEEK: WOVENTALE PRESS 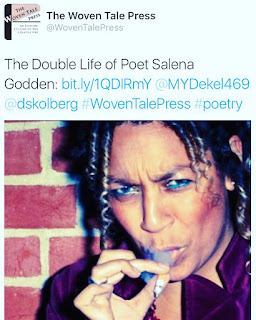 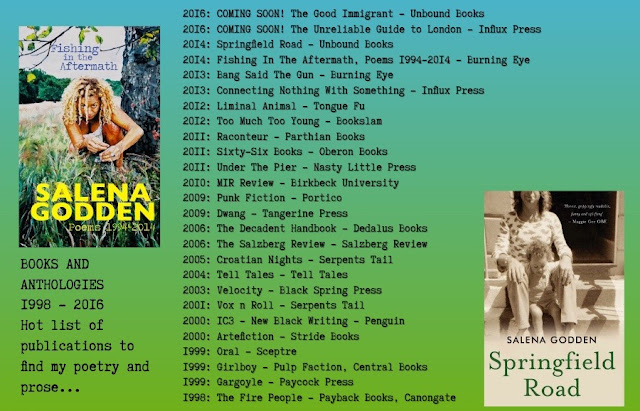 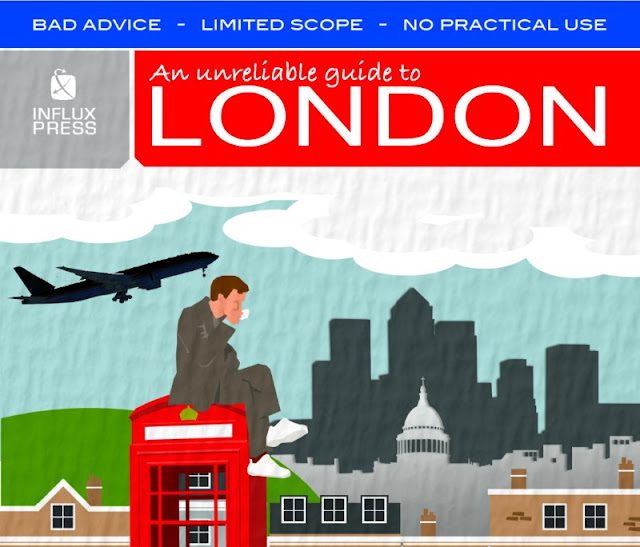 Launching today! New Kickstarter campaign from Influx Press
'An Unreliable Guide to London' is a book like no other - a set of stories that takes you through a London you didn't know existed. A book that explores the lesser known areas of the city like Brentford, Leyton, Barking and Tufnell Park.  The authors who have written for the anthology are high class and as varied as London itself: M John Harrison, Yvvette Edwards, Will Wiles, Irenosen Okojie, Nikesh Shukla, Courttia Newland, Chloe Aridjis, Koye Oyedeji, Paul Ewen, Noo Saro-Wiwa, Gareth E. Rees, George F, Stephanie Victoire, Sunny Singh, Juliet Jacques, Salena Godden, Tim Wells, Aki Schilz, Stephen Thompson, Eley Williams, and Tim Burrows.

Please click here and share the link Donate if you can! Help us bring this book to life, Thank you xx

"I've been drinking Dick's cocktails and talking too loud,
Hanging out in The Colony with the Old Fashioned crowd,
I got home to my bed alone of that I am proud..."