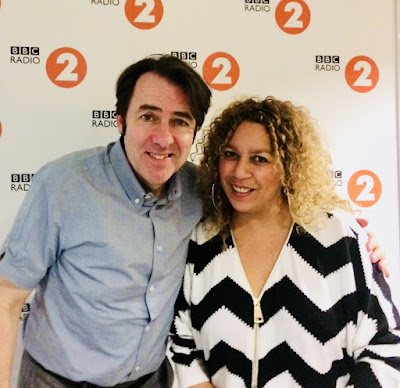 We made it to the end of the year! Well done! Ding Dong! Merry, merry, jolly jolly, ho, ho and a tiddly bum rum....annnnd breathe. I have been gigging and giggling, living out of a suitcase and now have just a handful of jobs and gigs to do and then I am going into a cave to hide for winter. I'm looking forward to swapping the microphone for a pen ... This past year has been memorable, it has been like being handcuffed to a tiger who is tied to a speeding roller coaster, both here in my little poetry world and out there in the bigger world it is all chaos. Hard to keep up. Hard to focus. I thank you for following these adventures, and thank you to anyone out there keeping up with all of this and fighting the good fight.

In November I was in New York with Byline Festival and The Frontline Club. We had a wonderful time, rich experiences, films and performance, talks and conversations with fascinating people and beautiful food, wine and laughter. Thank you Byline. If you haven't got tickets for Byline Fest 2018 go to www.bylinefestival.com. The 2018 programme will be supreme. In my role as 'Byline Festival Poet Laureate' I will be curating a kick-ass poetry line up, so keep your eyes peeled for that! This Sunday December 3rd is Byline Festival fundraiser with John Cleese and friends at The Stratford East Theatre, last minute tixs here:
http://www.stratfordeast.com/whats-on/all-shows/the-byline-festival-benefit-show-with-john-cleese-and-friends 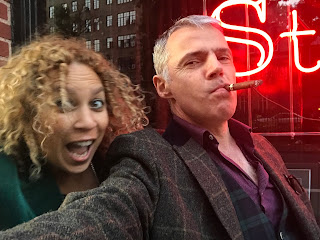 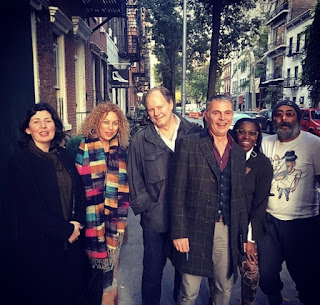 Another highlight last month was Chester Lit Fest. We had a brilliant time away in a desolate house on the edge of Snowdonia on a song-writing retreat with musicians and singer-songwriters Kathryn Williams, David Ford and Polly Paulusma plus playwright Mark Davies Markham and author Laura Barnett. We made so much work, such a varied selection, from prose songs to pop songs, lyrical murder ballads, instrumental stories, mini plays and new ideas and concepts for development, it was such a buzz. We also wrote a Christmas song titled 'The Last Christmas Song' one verse began, "We're all gonna die, so have one more mince pie" Hahaha! Oh how we laughed... This is picture of us taking our last bow. How brave we were, how courageous to get on stage and perform songs that had been written in collaboration in just in three or four days with six strangers. It was phenomenal. I am still missing that place now... Thank you xx 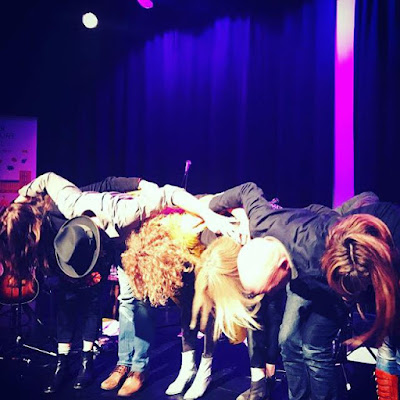 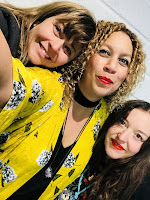 Last night I was invited to do a poem for the Jonathan Ross Art Show on BBC Radio 2. He was very kind and warm and funny, listen again
BBC iPlayer: http://www.bbc.co.uk/programmes/b09gffsn

We talked about Bang Said The Gun, Byline Fest, Brakes movie and my Nymphs and Thugs LIVEwire album. I read my poem Soup which you will find on an earlier blog ... "That's a lovely poem for this time of year." said Jonathan Ross. 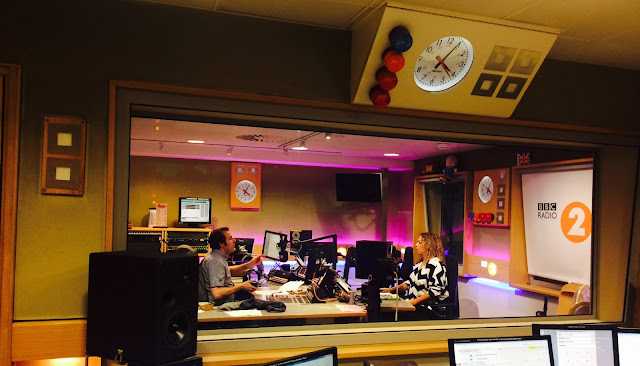 SOUP has just been published in the latest issue of RISING #69. I reckon I started appearing in RISING in issue 12, sometime around 1995. I think it is the best UK poetry publication, I always enjoy reading it and have saved and collected almost all 69 issues. I loved the launch party last weekend at the Mascara Bar. RISING parties are always brilliant poetry parties. Rising issue 69 stars Phil Jupitus, aka Porky Poet, Adelle Stripe, Iona Lee, Vera Chok, Chip Grim, Paul Birtill, Sophie Cameron, Mark Coverdale and many more. .. Rising: tough on poetry, tough on the causes of poetry! I love Rising zine, Thank you to Tim Wells! See you on December 17th at the Betsey Trotwood Xmas All Dayer! 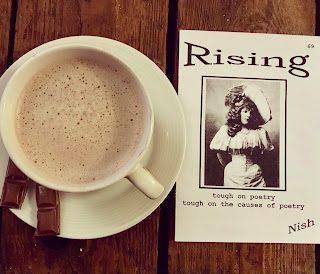 Anti rom-com Brakes film has arrived and is out now in selected UK cinemas and on demand. Brakes is an Independent UK debut comedy directed and written by Mercedes Grower and it stars Noel Fielding, Julian Barratt, Julia Davis, Paul McGann, Roland Gift, Kerry Fox, Kate Hardie and many familiar faces of British comedy and independent film. I am in love with a zombie in this movie ... Don't miss this! www.brakesfilm.com 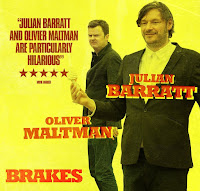 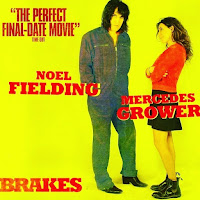 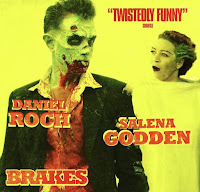 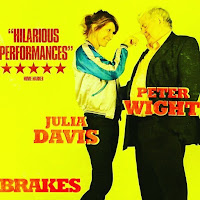 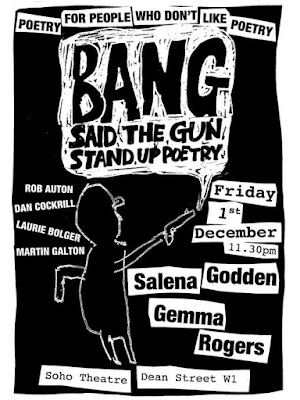 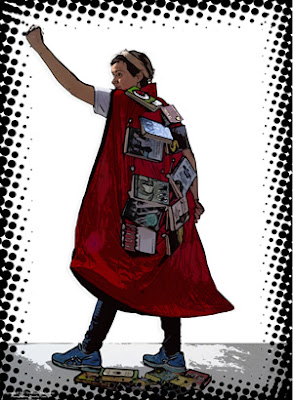 This month sees the launch of a photographic exhibition of real life female super heroes. The Cosmic Shambles Network are proud to present Cosmic Superheroes, a unique photographic celebration of the superpowers it has taken for women at the forefront of the worlds of Arts and Science to establish themselves as superheroes in their individual fields. Those being photographed for the exhibition include Writer and Comedian Josie Long (pictured above), Physicist Helen Czerski, Professor of Physics Lucie Green, Author and Poet Salena Godden, Archeologist Brenna Hassett, Social Activist Nimco Ali, Environmental Scientist Tamsin Edwards, Folk-singer and Songwriter Grace Petrie, Science Writer and Presenter Kat Arney, Psychologist and Epidemiologist Suzi Gage, Science Communicator Ginny Smith and Paleobiologist Tori Herridge and more... Exhibition will be at The Conway Hall, London, from December 8th to January 31st 2018 | December 16th: Nine Lessons And Carols For Godless People 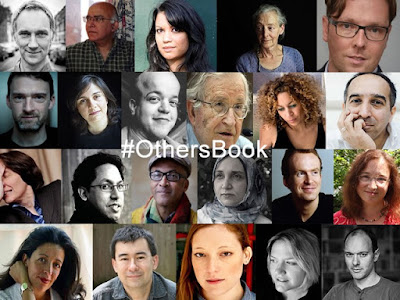 'Others - Writers on difference' is being crowdfunded and published by Unbound with all net profits going to refugees and stop hate charities. It will be a collection of essays, stories and poetry discussing the theme of being 'Other' I will be joining other others in a spectacular line up that includes Leila Aboulela, Gillian Allnutt, Damian Barr, Noam Chomsky, Rishi Dastidar, Peter Ho Davies, Louise Doughty, Salena Godden, Colin Grant, Sam Guglani, Matt Haig, Aamer Hussein, Anjali Joseph, AL Kennedy, Joanne Limburg, Tiffany Murray, Sara Nović, Edward Platt, Alex Preston, Tom Shakespeare, Kamila Shamsie, Will Storr... If you were a fan of 'The Good Immigrant' you might like this book too. I'm so happy to continue the conversation #Wetickother  - Today we're 56% funded, please make a pledge and help this book get into print by ordering your hardback copy unbound.co.uk | #OTHERSBOOK 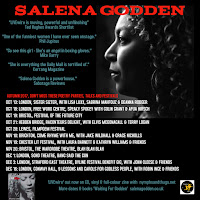 check out more, radio clips and tracks on my soundcloud here