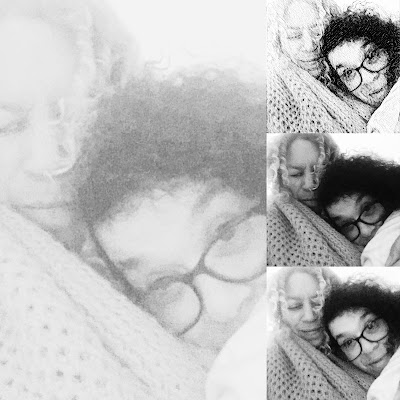 It was a bitterly cold day in February when my mother was rushed to hospital to have the new baby, prematurely. I remember being excited to have a new baby sister or brother, but I was desperate for my mother the ten days or so she was gone. My mother had miscarried a baby before this new child and so I was very afraid to see my mother broken like that again, to find my mother in darkness, her eyes red from crying. There was a depressing darkness and a stuffy warmth in her bedroom that day and I never forgot it.

My brother and I were left to fend for ourselves. We went to and from school as usual and helped ourselves to cereals and toast. The house was empty without her, silent and loveless. The idea that this could be permanent was too horrible to contemplate. After school I shivered and waited, sitting on the back doorstep in the gloomy dusk, fearing the worst, waiting for my stepfather’s car to light up the drive.

There were complications with the birth. We had a new sister, but she was premature and she came out fragile, tiny and blue. She was in an incubator and there was a blood transfusion. This was all I knew and a horrible dread consumed me. During those long, dark February nights I steeled myself for the possibility that my mother might die. In the books I loved to read this happened all the time, the stories of Hans Christian Anderson, Brothers Grimm and Charles Dickens were filled with stories of orphans whose mothers died in childbirth.

I remember waiting, always waiting, for news, for my mother to come home safe or for Paddy to come to let me in after school and to pass time I started walking, blowing on my cupped hands to keep them warm. It had started getting dark and was spitting with rain when I knocked on Mrs Sharkey’s door. I wanted to be less pitiful, but the sight of her kind face and the gush of warmth at the open door made my eyes hot with tears. She was wiping her hands on a tea towel and I could see she was about to say she was busy and about to send me away. I was hungry and cold and as my eyes filled I looked away and down at my shoes.

What’s wrong? she asked and I looked at her and then down again into my upturned coat collar when I felt my lip quivering. Through a blur of hot tears I saw her face change and she asked me inside. I was grateful but awkward because this time it wasn’t a game, this time I felt I needed her. Once inside I began to cry, regurgitating the things I had been told but didn’t fully understand. I told her that my new sister was smaller than a doll and that she came out blue and had to have a blood transfusion. She’s in an incubator and my mum’s really ill and...and what if…?

Mrs Sharkey put her arm across my shoulders and listened and assured me that my Mum would be all right. She made me dry my eyes with a handkerchief, then took out a pot and heated milk to make her special milky coffee. She made me a ham sandwich – the most delicious sandwich I had ever eaten, neatly cut into four quarters, on moist white bread with creamy butter and soft pink ham that was ever so slightly salty. I found it difficult to eat carefully and with all of my manners. I was self-consciously hungry and I ate too fast and the sandwich stuck in my throat. I tried to sip hot coffee to dislodge it. Mrs Sharkey watched me. She told me to take my time and that I could stay for a while and get warmed up. Then she walked to the corner cupboard in the kitchen and her grin made me chuckle as she said her lovely catchphrase Cakey?

Mrs Sharkey asked if I would like to warm up by the fire and led me into the living room. I thought I must be a very trustworthy person to be allowed to sit in the proper front room and eat my cake and drink my sweet and creamy coffee. I felt shy and awkward, I hadn’t sat in there before, our chats were always at the kitchen table or by the back doorstep. Mrs Sharkey told me to take my shoes off to warm my toes and this embarrassed me, making me feel like I was really welcome to stay for a while longer. I was grateful and in no rush to sit on the cold doorstep at our house anymore. I fumbled nervously with my laces, acting as though I had somewhere else to go in a bit, acting as though I thought she was the one who might want some company - because asking for comfort when you really need it can be the hardest thing.

The blue glow of the electric fire was warm and inviting. Mrs Sharkey switched all the bars on high, until they glowed orange and ginger beneath the coals. I took my shoes off and, suddenly aware of my odd grey boy’s socks, I tucked my cold feet under me. She put a tartan blanket on me, she had bought it on a caravan holiday she’d had in the highlands of Scotland, she said. The room had two armchairs but we sat side by side on the big green sofa. There were lace curtains and doilies on the glass coffee table, my coffee cup sat neatly on a Cork, Ireland coaster. She told me about Ireland and about her family pictured in gold and silver oval frames above the mantel piece, she told me the names and ages of all of her nephews and nieces that lived in the long ago and the far away.

As Mrs Sharkey explained her family tree I pretended to go to sleep for a joke and I snored loudly. Mrs Sharkey played a lovely game with me, she pretended to be offended. She said
Oh how rude to fall asleep when I’m in the middle of telling a story…

I pretended to sleep and snored on and she held me, I was enveloped in her warm bosom, and pillowed in her arms. Then she pretended to fall asleep too, and snored even louder. With our eyes clenched shut, we peeked at each other out of one eye and then belly laughed, as we whistled, snorted and made pig snuffling noises together Well, well, what a big snore for such a little girl, she said, blowing a raspberry on my neck to wake me up making me laugh and wriggle.

With Mrs Sharkey holding me by the fire, we became still and gentle. Eventually I let myself go and drifted off for a little while. I was so comfortable in the glow of the fire, the soft heat of her arms, I fell into a lovely warm haze. Just so she’d hold me safe, for just a little bit longer.
***

When they came home, my mother and sister were fine after all. My mother once told me that she had had nightmares in the hospital and got up to sleepwalk the halls in the night, dragging her drip along with her. We sat on the bed and whispered, watching my newborn sister sleep. Jo-Ann was very small, a living, breathing doll, with black silky floppy curls. I measured her against my Tiny Tears doll and Jo-Ann was smaller. Her skin was the colour of my palest inner wrist and she had a penny plastered over her belly button. Sometimes in the evenings when my parents were watching television I risked sneaking into their bedroom to her cot-side. I wound up her lullaby toys and soothed her when she cried. I liked the way she grabbed my finger with her tiny hand. I sang to her, Goodnight Mister Moon, come again and see us soon… Jo-Ann cried a lot, but when I was with her she’d go quiet and it made me feel as though I was her special one.

Excerpt from literary memoir 'Springfield Road' published by Unbound Books
Just wanted to share this February memory and a good hug on such a grey day....
Happy Birthday to my beautiful sister Jo!!

My sister Jo-Ann was born with Williams Syndrome. It is a relatively rare developmental disorder and means she has moderate learning difficulties. Jo was born with a number of missing genes on chromosome 7, only one person in 20,000 is born with WS. But there is more to her than her than this and I can never hope to fully capture the energy and infectious laugh of my sister Jo-Ann, but I hope to try, and this will be published in OTHERS, a new book which has been successfully crowdfunded and published by my trail blazing publishers Unbound, with all net profits going to refugees and stop hate charities. 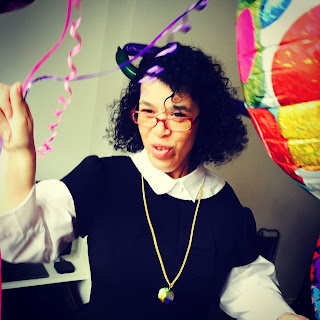 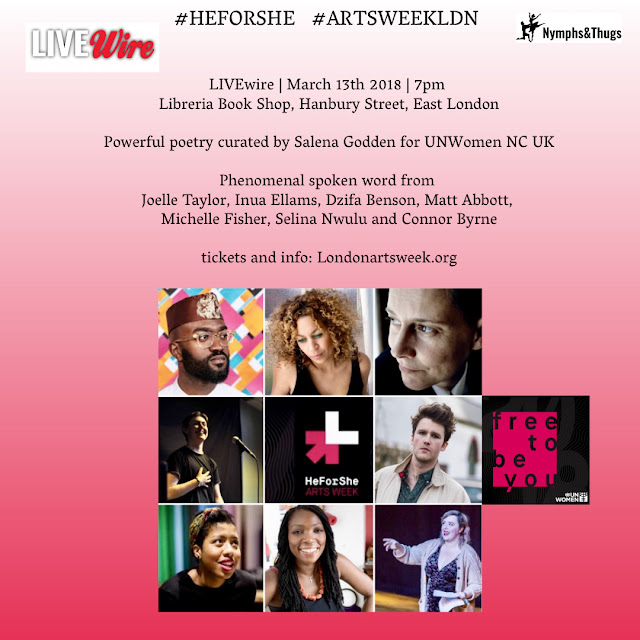 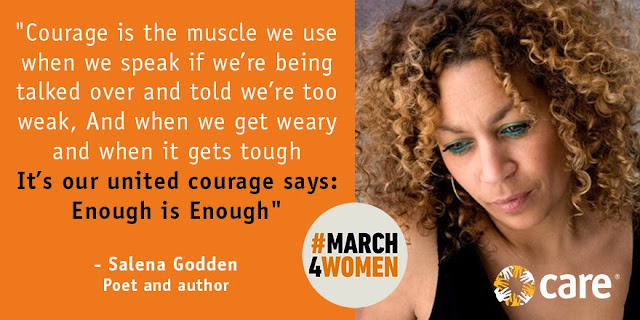 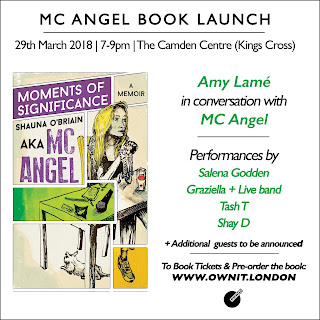 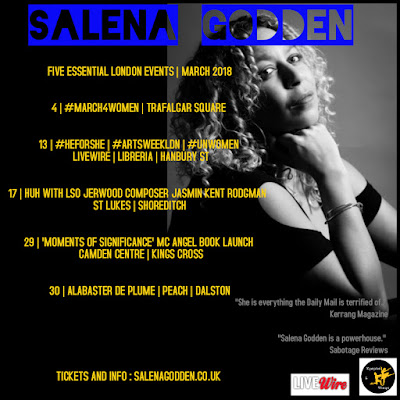