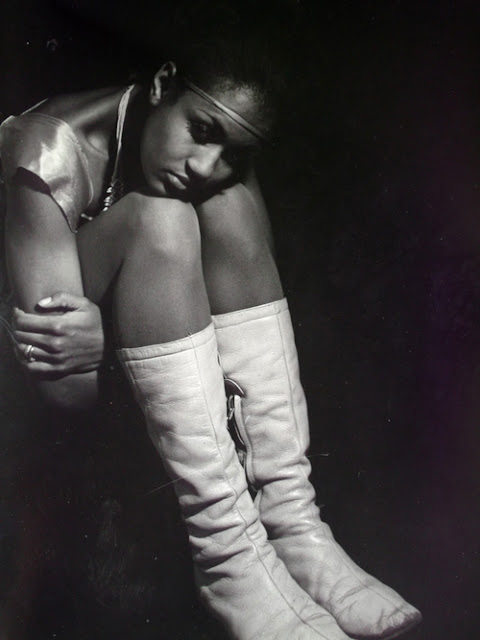 Under the bottom bunk was my mother’s red suitcase. It was battered and covered with peeling old stickers of foreign countries. Occasionally, on rainy days, I’d remember it, drag it out and go through its secrets. There was an old photo album with Cyprus written on the cover in gold lettering. Inside were photographs of my mother as a skinny teenager, her cocked head looking too big for her body and her face not yet grown to fit her big smile. She was dressed like Nanny, the two of them in identical outfits, wearing lace gloves, standing side by side, squinting in the tropical sun.

My favourite photos were a sequence of pictures of a wild looking fancy-dress party. I didn’t recognise anyone but my mother. In one picture she stuck her tongue out at the lens. In another, a man with a comic moustache picked her up, twirled her around and he nearly dropped her. The party people were all laughing and moving, their elbows stuck out like chickens dancing the twist. My mum was dressed like a pirate, wearing a beard and an eye patch. I wished I could turn the volume up on these images, and hear all the laughter and the music. And later in the album there were the few photographs of us as babies with Dad.

A flat yellow envelope held all my mother’s stunning modelling shots and contact sheets. She was so beautiful; in some she was lying on sand dunes and in others she was dressed in go-go dancer’s clothes – a waistcoat, top hat and black, short wig – and looked like Liza Minnelli. And I remember there was the silk, burgundy and pink, paisley cravat that had once been my father’s. The material was crumbly and worn, I sniffed at its musty perfume of roses and cinnamon.

That red suitcase was like a Russian doll with hidden pockets and bags within where I’d discover: Theatre programmes and old bus tickets; silver glitter stick-on stars and gold eye shadows; handkerchiefs folded around lost single earrings; bags of beads and hippy jewellery and four-leaf clovers wrapped in tissue. There was a bag of wigs, a pair of knee-high banana yellow boots and a tiny black PVC mini-dress.

This was the evidence of my mother’s life before I was born. Her triumphs as a young athlete in the All England championships; her Olympic dream and her Royal Ballet dream; her Gold medals and Swan Lake dreams; her teenage years in Hong Kong and Cyprus, and also her wild go-go dancing days. My mum used to hint that she had partied and performed with a cool sixties crowd, mentioning the likes of Englebert Humperdinck, Tom Jones, Stevie Wonder and Georgie Fame. With her best mate Leslie, Mum was the tall skinny dark one and Leslie the tall blonde and the way my mum tells it, the world was oyster-like for the pair of them.


The truth was it always felt as though my mother could drag her suitcase out from under our bed and slip back into herself if she wanted to. I thought of these things as her superhero costume. That she could stick the glittery stars back on her face, put on the yellow go-go boots and use a bus ticket from before to get back to then and who I knew she really was. 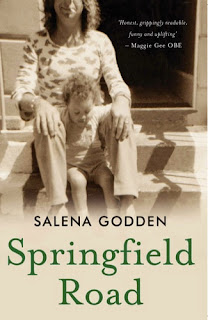 Thank you to all who made it down to LIVEwire #heforshe #artsweekldn poetry party!!
Thank you UN Women and thank you Second Home!  Thank you to my comrades
Joelle Taylor, Inua Ellams, Dzifa Benson, Matt Abbott, Michelle Fisher,
Selina Nwulu, Connor Byrne, Lisa Luxx and Sabrina Mahfouz
T H A N K  Y O U

NEW official film from #MARCH4WOMEN
COURAGE IS A MUSCLE
PESSIMISM IS FOR LIGHTWEIGHTS
Live at Trafalgar Square, March 4 2018 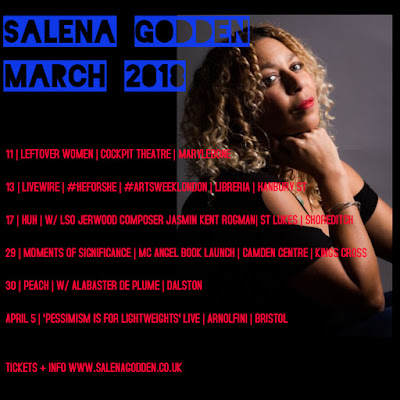 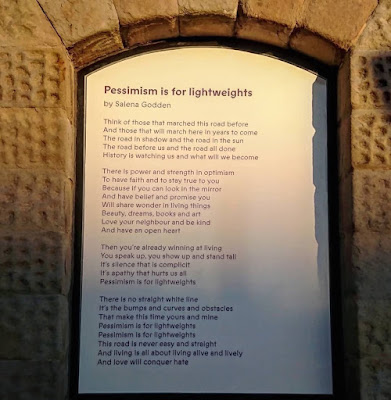 HUH
In collaboration with the London Symphony Orchestra and Jerwood Foundation composer Jasmin Kent Rodgman. HUH will feature a brand new work, plus a performance of Shade from The Good Immigrant with interactive soundscape and music. This exciting line up of poetry and music and live performance premieres at LSO, St Lukes, Shoreditch on March 17th 2018. 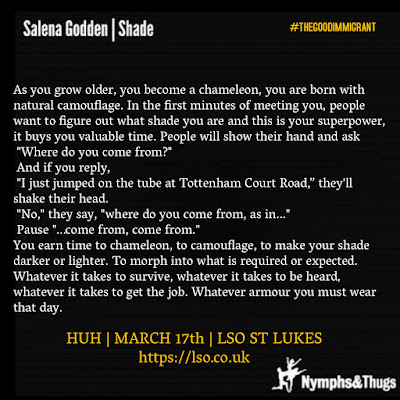