Pessimism Is For Lightweights at the Arnolfini ... Thank you 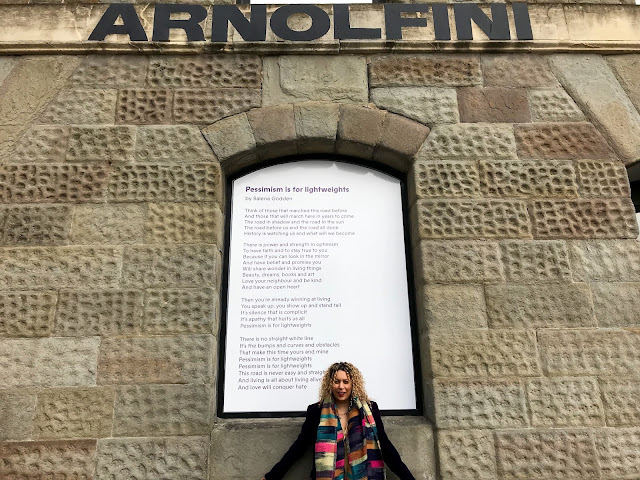 Just a quick post today to say a huge heart felt thank you to everyone that made it to the Arnolfini Gallery last night. I made the pilgrimage to Bristol yesterday and had such a wonderful time and met some beautiful people. I was so excited to see my poem there for myself. Thank you to Pete Bearder for introducing the event and warming things up. Very brilliant kind man.

Last night I read from my new work PESSIMISM IS FOR LIGHTWEIGHTS: 13 PIECES OF COURAGE AND RESISTANCE which will be published by Rough Trade Books in a few weeks. After the gig we all gathered outside on the harbour side and the Arnolfini audience read the Pessimism is for lightweights to me. The whole thing was very moving ... my heart exploded.

I am going on a retreat now. I've been invited by Neu Reekie to be the April writer in residence at Bill Drummond's Curfew Tower in Ireland. I hope to return refreshed with all that sea air, with renewed energy and with the new book completed. I'll probably get into having Guinness for my dinner too. It is a monster task to face yourself in all that solitude, I am nervous and excited, looking forward to lots of skying and reading and writing binges.

My next big gig is May 18th at The British Library with The Last Poets!!!
Late At The Library: Super Jam - 50 years of Radical Words.

See you here and see you there, thank you! 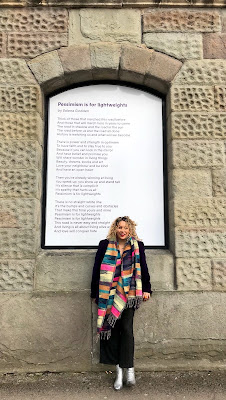 
Pessimism Is For Lightweights - 13 Pieces of Courage and Resistance

A selection of new poems, Pessimism Is For Lightweights, pieces of courage and resistance, by Salena Godden, will be published by Rough Trade Books in spring 2018. Rough Trade Books is an exciting new publishing venture in the mould of the pioneering record label.

NEW: The Dizziness Of Freedom
Published by Bad Betty press. New juicy poetry anthology on the way, a myriad 50 poets on themes of mental health, this collection is gonna be amazing, read more about it all here: badbettypress.com