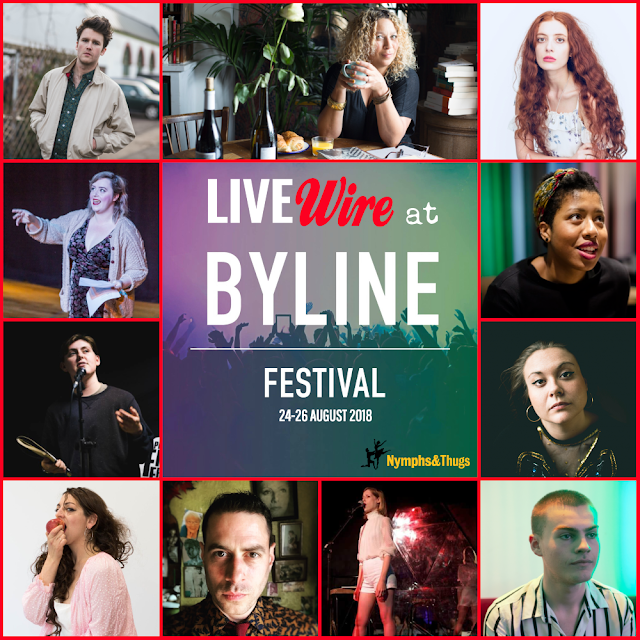 LIVEwire Salon on the Backline Stage

Curated and hosted by Salena Godden and Matt Abbott


"It's a great honour to be the Byline Festival Poet Laureate. Byline bring together the bold and courageous, the truth seekers, the clear voices in the darkest of times and those that stand up and speak out for injustice. The 2018 LIVEwire Salon hopes to reflect this, bringing together a most eclectic and renegade group of poets and some of the UK's most exciting and distinct voices. We have intentionally chosen poets that raise the roof, poets that I feel have something new to say, poets that inspire and challenge us, poets that trouble themselves, and that bother to trouble us in these troubled times. This is the summer of love and courage and resistance!" Salena Godden

Matt Abbott | Poet and activist from Wakefield. His debut show Two Little Ducks received rave reviews at last year’s Edinburgh Fringe and embarks on a 22-date UK theatre tour this autumn, accompanied by a collection on Verve Poetry Press. In spring 2015 he formed the spoken word record label Nymphs & Thugs.
Connor Byrne | Emerging poet from Brighton. Connor has been writing poetry since 2015, exploring gender, relationships and coming of age. He has performed in Brighton and Edinburgh fringes, competed in slams, self-published his first pamphlet, and was once commissioned to put his voice in a shoe.
Sophie Cameron | An extraordinary performance poet. She aims to hold a mirror up to the everyday highs and lows. She runs a regular cabaret night in London called Red Raw.
Maria Ferguson | Writer and performer from Essex. She has been commissioned by Radio 1 and Royal Academy of Art. Her debut show Fat Girls Don’t Dance sold out nationwide as well at Edinburgh Fringe where it was met with critical acclaim. It won the Saboteur Award for Best Spoken Word Show 2017 and is published by Oberon Books. Maria is currently working on her new show Essex Girl.
Michelle Fisher | Writer and performer from Glasgow, currently based in London. She was a finalist in Words First; a national collaborative project between BBC Radio 1xtra and the Roundhouse. She has supported some of the UK's top performers including Kate Tempest, Salena Godden, Hollie McNish, Elvis McGonagall and Luke Wright, and was a Resident Artist at the Roundhouse 2017/18. Her work explores wider societal issues, such as class and poverty, and how these affect our everyday lives. She has been commissioned by institutions such as BBC and Huffington Post, and has performed across the UK, from Aberdeen to Bournemouth.
Salena Godden | Author of poetry collections ‘Under The Pier’ (Nasty Little Press); ‘Fishing in the Aftermath: Poems 1994-2014’ (Burning Eye); literary childhood memoir ‘Springfield Road’ (Unbound) and ‘Shade’ published in the award winning essay anthology ‘The Good Immigrant’ (Unbound). Her live spoken word album ‘LIVEwire' was released with indie spoken word label Nymphs and Thugs and shortlisted for the Ted Hughes Award. Latest work, ’Pessimism Is For Lightweights, 13 pieces of courage and resistance’ was published by Rough Trade Books in July 2018 in the first Rough Trade Editions series. The poem ‘Pessimism is for Lightweights’ is a pubic poetry art piece currently on display outside the Arnolfini Gallery, Bristol.
Michelle Madsen | Poet, theatre maker, activist and investigative journalist. Michelle is a member of Poetry on the Picket Line, BP or Not BP and has appeared on BBC1 and BBC Radio 4, Resonance FM and NTS Radio. She has performed on four continents and is a regular at Glastonbury, Port Eliot and the Edinburgh Festival. She is the host and creator of the world's only poetry panel game, I'm Sorry I Haven't Haiku and writes on fraud and corruption for Private Eye and the Independent.  She also makes and directs campaigning, clowny theatre and is a founding member of spoken word and physical theatre duo BAIT, which will be performing its debut show 'Tales' at festivals including Brighton and Edinburgh in 2018. Her debut collection Alternative Beach Sports is published by Burning Eye.
Selina Nwulu | Yorkshire born writer, poet and essayist based in London. She was Young Poet Laureate for London 2015-6, a prestigious award that recognizes talent and potential in the capital. She has been featured in Vogue, ES Magazine, i-D and Blavity amongst others. Her first chapbook collection, The Secrets I Let Slip was published by Burning Eye Books in September 2015. She writes for the Guardian, New Humanist and Red Pepper. She has toured her work nationally and internationally as well as at a number of festivals including Glastonbury, Edinburgh Fringe, Cúirt Festival in Galway and Fiery Tongues Festival in Ruigoord, Holland. She returned from a literary tour in India with the British Council in late 2016. She is currently ‘Writer and Creator in Residence’ at the Free Word centre and Wellcome Trust.
Oakley | Winner of the Out-Spoken Prize for Page Poetry 2018. Oakley was part of Apples & Snakes’ Writing Room for emerging poets led by Roger Robinson and since then has performed at Jawdance, Citadel and for The RSC. Their collection of poems whilst Worcestershire Young Poet Laureate ‘in the dark times’ is published by Black Pear Press.
Scarlett Sabet | Poet and performer. She has given poetry readings at City Lights in San Francisco, MOPOP Museum in Seattle, Bowery Poetry in New York,  Shakespeare and Co in Paris. In London she has read at the Southwark Playhouse, Leighton House Museum, The Groucho Club, and the Chelsea Arts Club. She regularly reads at The Troubadour in London. Scarlett's work has been featured on BBC Radio 4, London Live TV, GQ, and Dazed&Confused. Scarlett has her own publishing company which just released her third collection “Zoreh".
Oli Spleen | Hospitalised and fighting for his life in 2000, aged 22, Oli Spleen had an epiphany that he must follow his heart and write his way toward a better future. The resulting book ‘Depravikazi’ was published in 2003 by Running Water Publications. At the Brighton launch of the book his first band ‘The Flesh Happening’ was formed. In 2009 he formed the band ‘Pink Narcissus; and in 2013 released a solo album ‘Fag Machine’ which spawned a club-night of the same name which ran for three years and was the first to showcase live original music on Brighton’s gay scene. He is currently living in Brighton where he still performs and writes with his bands Pink Narcissus and Spleen. He is also in the process of recording his second solo album ‘Gaslight Illuminations’ which incorporates themes of psychological manipulation and the emotional fallout of a toxic relationship. 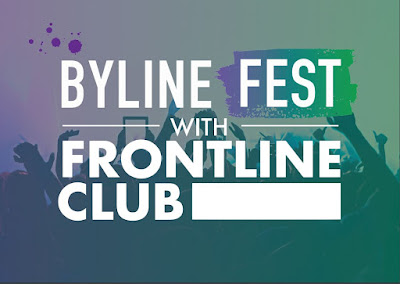 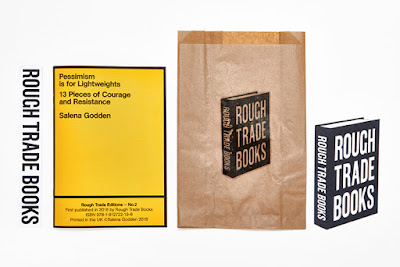