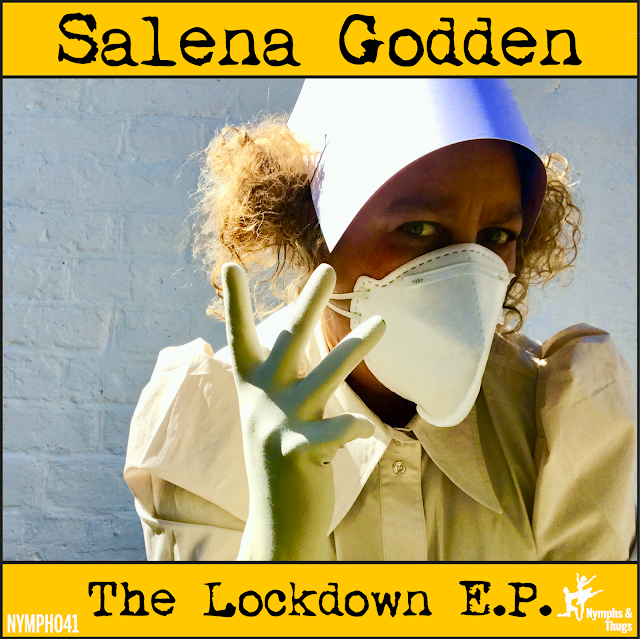 This is already a familiar narrative. Society has imploded around us and the world has changed irreversibly, right before our eyes. So, who do we turn to…? Salena Godden, that’s who. A pioneer of the UK spoken word scene for a quarter of a century, she is perfectly placed to hold our hand and soundtrack the lockdown.

With her apocalyptic poetry that already rallied against climate change and populist governments, she’s charging headfirst into the current crisis with poetry that’ll be firmly etched in the history books. In this carefully curated set of five timely pieces we explore a maze of other worlds; one where dutiful wives become unhinged; where we stockpile baked beans to swap for books; where nurses are angels, hospitals are churches and Goody Proctor has been seen jogging without a face mask.
The Lockdown EP will be released digitally by Nymphs & Thugs, Friday 8 May and is available to pre-order via their Bandcamp site now.


50% of profits will be donated to NHS Charities, with the hope that it’ll boost depleted PPE stock and also go towards providing mental health support for NHS staff.

Tracks 1, 2 and 3 were recorded live at Nymphs & Thugs ‘LIVEwire Leeds’ event at Hyde Park Book Club on Wednesday 2 October 2019. The lead track, ‘I Want to Be Your Wife’, includes a video produced by Idle Work Factory which will be premiered at 5pm on Monday 27 April. Tracks 4 and 5 are brand new poems, written and recorded during the lockdown, April 2020. The closing track, ‘Pink Moon’ premieres on BBC Radio 3’s The Verb on Friday 24 April. 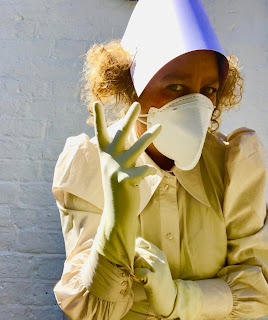 Salena’s first release with Nymphs & Thugs was her 2017 album ‘LIVEwire’. The album was shortlisted for The Poetry Society’s prestigious Ted Hughes Award and is available on 2LP gatefold vinyl, CD, zine and download. She also released the ‘Live at Byline Festival EP’ in October 2018, with lead track ‘Pessimism Is For Lightweights’ coming from her acclaimed pamphlet of the same name on Rough Trade Books. Her poem ‘Pessimism is for Lightweights’ is a public art piece, it was donated to The Peoples History Museum, Manchester, where it is now on permanent display. The poem was unveiled in February 2020 to mark the museum's 10th birthday.

Salena Godden is a high-profile poet based in London. She is also an activist, broadcaster, essayist and memoirist whose work has been widely anthologised. She has had several volumes of poetry published including ‘Under The Pier’ (Nasty Little Press) ‘Fishing in the Aftermath: Poems 1994-2014’ (Burning Eye Books), ‘Pessimism is for Lightweights’ (Rough Trade Books) and a literary childhood memoir, ‘Springfield Road’ (Unbound). Canongate pre-empted world rights to her debut novel ‘Mrs Death Misses Death’. ‘Mrs Death Misses’ Death has been described by the publisher as an “electrifying genre- and form-defying firestarter.” It will be published in January 2021.

Nymphs & Thugs are the UK’s leading spoken word record label. They were formed in 2015 by poet and activist Matt Abbott and are based between Leeds and London. Current artists include Salena Godden, Luke Wright, Toria Garbutt, Louise Fazackerley and Kevin P. Gilday, as well as releases from Matt Abbott himself. They were due to conclude a national theatre tour of ‘LIVEwire’ events in April, which has so-far included sell-out shows in Manchester, Bristol, Birmingham and Leeds.

PARTY NEWS: NYMPHS & THUGS
are celebrating their fifth birthday
with an online gig on Wednesday 29 April,
which will feature all of their acts
on the same bill for the first time.
It’ll be broadcast live on their Facebook page
and YouTube channel between 8-10pm BST. 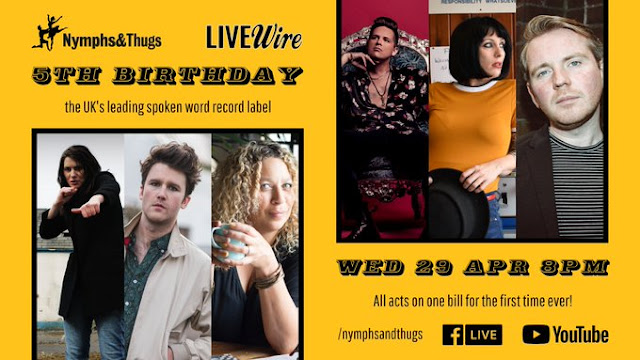 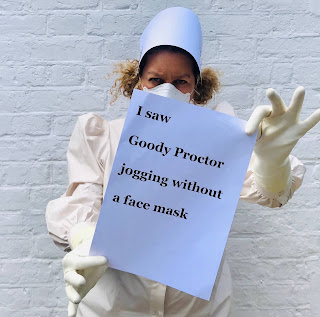