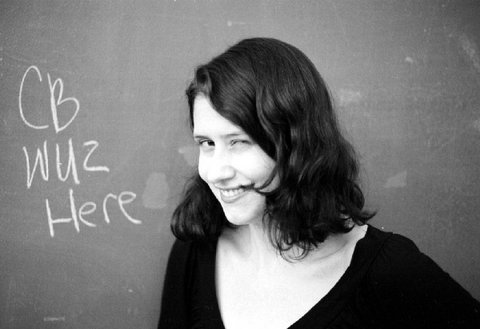 Tribute to Cheryl B

It’s your red lipstick
I remember first
and how privately
I thought of you as my own
Dorothy Parker.

Your sharp Manhattan wit
brutal honesty and a heart
that spilled and splashed
and silenced a room.
Your eyes were two black orchids
in smooth pale moonlight,
but your mouth was blood
scarlet and dark as the words
that hooked us, quick
smart.
Your writing always made me wish,
that people were more ...
kind.
so it goes like this…
We met in '95 or '96
with Tim Wells, of course
Mr Wells connected us all:
The Heart of Darkness crew
Rising and rising
you rose and rose.
But who can remember that first gig?
Was it at The Enterprise with Lyallsy?
Perhaps with Tim Turnbull or Francesca Beard?
It is for sure we would have gone to the Marathon for afters,
chips and beers and Johnny Cash and jack and coke.
Back then when it was still OK to smoke fags indoors
and we would ride the milk float home.

Then later, maybe '97 or '98
there was dirty snow along the gutters of the Bowery
We read together at CBGB’s and
Steve Cannon’s Tribes Gallery
the Blue Stockings bookshop
the Telephone Bar and St Marks
We demolished jugs of frozen margheritas
with Aimee Bianca in a place with
a name like Mexican Hat.
I remember skidding on icy Brooklyn sidewalks,
snowball fights and high times and
sucking beer up from polystyrene cups
at The Green Point Tavern in Williamsburg
Remember that stinking hot summer of 2001?
And the disastrous gig at The Cornelia Street Café?
You were right, Cheryl, when you laughed and said
poetry is full of mad people.
But that was the summer
the world went mad too
We witnessed 9/11
and things haven’t ever been sane since.
The last time I saw you was 2007
I was returning from a writing bender in Cornwall
I arrived in Waterloo in the nick of time
for us to read together with Adelle Stripe
You were a non-drinker by then
but you winked and tipped me a knowing smile and said
Have a good time did you?
Now you have gone too young and too soon
And it is snowing in June and
poets are still mad
focussing on prizes and celebrity
instead of guts and truth.
But you Cheryl,
you were a pearl,
and it feels like the world
is running low on grit,
It's gonna be nothing but
a clatter of empty oyster shells
without you, my friend.
© 2011. Salena Godden
Thinking of our friend and sharing a salute to Cheryl B on my blog this morning, the 10 year anniversary. You can check out Cheryl B’s incredible work, poems and videos via Tim Wells @timwellsauthor and his brilliant archive, Stand Up and Spit: standupandspit.wordpress.com
Sharing a tiny glimpse from the olden days and nineties poetry - pictures of Francesca Beard and Adelle Stripe, Cheryl B and Tim Wells, gigs in London and New York, way back when I was Salena Saliva, back when everything was handmade and DIY, self-published zines and photocopied flyers, sharing chips and red wine and lots of laughter in the smoky back rooms of pubs and bars, good poetry, good times, good people, rest in peace, Cheryl, rest in power ❤️♥️

Cheryl B: "Why couldn't Sylvia Plath have been
licking my clit that night on route 35?"
Cheryl Burke (known as Cheryl B in the community) was a poet, writer, editor, and organizer who burst out on the slam poet circuit back in the 90s at the Nuyorican Poets Café. She was the organizer of the raucous NY reading series, Sideshow: A Queer Literary Carnival, with Sinclair Sexsmith and was at work on a memoir about her life. Her poetry has been widely-published and anthologized in volumes like Word Warriors: 35 Women Leaders in the Spoken Word Revolution (Seal Press, 2007), Pills, Thrills, Chills and Heartache: Adventures in the First Person (Alyson Books), and others. Cheryl's work garnered many awards, including an Honourable Mention in 2009 from the Astraea Writers Fund. Cheryl was also featured as one of GO Magazine's 100 Women We Love. Cheryl was also a beloved poetry instructor at the Gotham Writers Workshop in NYC. In June 2011, Cheryl B. died of complications from chemotherapy treatment she had been receiving for Hodgkin’s Lymphoma, she was 38.
Go Magazine and links to see Cheryl B live youtube here
READ: Tim Wells poetry archive, Stand Up & Spit
https://standupandspit.wordpress.com 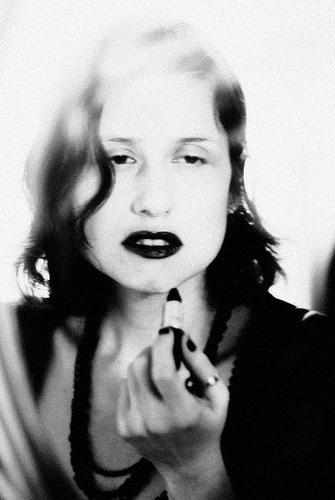