What do you want? You want the moon?

Massive thanks and love to all who made it down to
THE BOOK CLUB BOUTIQUE: WOMEN IN PRINT

We had such a wonderful and inspiring time
Scroll down and I'll post a few party snaps below.
Thank you to all who made it down, so many beautiful people!
Thanks Michelle Madsen, Rachael Kerr, Sophie Parkin, Unbound team,
Heidi James-Dunbar, Rose Bretécher, Michelle Thomas
and all who came and participated in the open mic! BCB love you!
Keep an eye on #womeninprint hashtag on twitter for more news and good stuff...

The Book Club Boutique will return 4th February 2015 at Vout O Reenees
Please come and find us there and then!
We wish you all a very merry Christmas and a happy new year.
2014 was AMAZING!
2015 we are coming to get you!

I have about five more gigs to do and then I am done for 2014! Woop! This week I'm talking about Springfield Road with Arun Rath on USA's NPR All Things Considered Please tune in online or live on air if you are Stateside! Hello America! This is London Calling!
Also this week my filthy short story will be published by The Pigeonhole as part of their Sexstaves series. Wow what a trip, I feel a bit like this Alice In Wonderland gif right now. Thank you for all your generous support and for subscribing to 'Waiting For Godden' I hope to finish new work and hibernate and read books this winter ... but you never know what's around the corner. Thank you 2014, you were very cornery xx

Coming up dates and links: 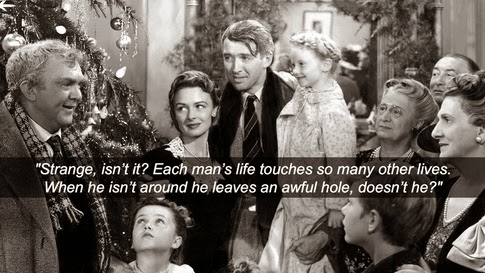 Ideally these books should be read together.”
Sophie Parkin reviews "The two sides of Salena."

"Salena can write you into a child’s heart and out of the mouth of a teenager’s inquisitive nature. She can wring the tears from jaded cynics and make you understand the unique and endless joy of roller-skates and bicycles as a pathway to freedom." Read more here

"Where do we start with how incredibly awesome Salena Godden is… We want to go on a pub crawl with her pronto and be led astray! Described as a ’21st Century female Bukowski’ her poems grab your heart and soul and make you want to call you friends immediately and reminisce about the wild parties, biggest loves and bad-ass hangovers (The Last Big Drinky is a particular highlight). These poems span twenty years of Salena’s career and the collection has a wonderful introduction detailing her rock and roll poetry career. Sit up and take note: Salena is an artist in every sense of the word, her passion and personality are bigger than the pages themselves…” Read more here

‘Her writing is urgent and detailed, colourful and clamorous.
Like all love stories, her memoir is intense, intimate...’

As long ago as 2006, it was suggested to Salena Godden that she should write a memoir. The details of Salena’s early life – a mixed-race child brought up in England in the seventies and eighties, whose Irish jazz-musician father leaves home when she is three and kills himself when she is nine, her Jamaican mother’s second marriage to a violent stepfather – had all the potential for the making of a ‘misery memoir’, the kind that were riding high in the bestseller lists at the time.   But Salena Godden is incapable of that kind of misery.  Joy and humour and love and tenderness just kept breaking through, and what resulted was Springfield Road – one of the most life-enhancing memoirs you will ever read.  Make no mistake, Salena does not shy away from the painful and the difficult episodes of her life, but she just can’t help herself also celebrating the ridiculous, the beautiful, the thousands of tiny unremembered acts of kindness and of love that are at once both personal and universal.   Salena Godden has been described as ‘the doyenne of the spoken word scene’ (BBC’s Ian McMillan); ‘the Mae West madam of the Salon’ (The Sunday Times) and ‘everything the Daily Mail is terrified of’ (Kerrang! Magazine). She is known as The General of the Book Club Boutique, Soho’s louchest literary salon.  Earlier this summer Salena published Fishing In The Aftermath / Poems 1994-2014, marking twenty years of poetry and performance (Burning Eye Books). Her illustrious career as a spoken word performer is legendary. In Springfield Road there is a glimpse of what drove her to become the brilliantly, exuberantly self-made artist that she is.  As well as her writing and performing, Salena currently works with award-winning radio producer Rebecca Maxted. 'Try A Little Tenderness – The Lost Legacy of Little Miss Cornshucks' was aired on BBC Radio 4 in May and later on BBC World Service in September 2014 to great acclaim. In June, she read an extract from Springfield Road and contributed a poem to the much-lauded documentary ‘The History of the N-Word’ broadcast on BBC Radio 4.  Salena has been appearing on radio and also at festivals throughout the year including Latitude, Port Eliot, The Green Gathering, Wilderness, Festival No.6 and the ‘Dylan Weekend’ at Laugharne. You’ll find further appearances, gigs and radio work on her popular ‘Waiting For Godden’ blog and website.
For further information please contact Rachael Kerr at Unbound
Email: rachael@unbound.co.uk

"Throughout, Godden writes about a past that is at once deeply personal yet also belongs to the everyman figure; her descriptions of childhood are simultaneously timeless and yet rooted in a particular period of British history…" Debjani Biswas-Hawkes, The Literateur

"Salena Godden follows up her recent poetry anthology with a lyrical and witty memoir painting a portrait of the artist as a young girl. Springfield Road tells the wide-eyed tale of Godden’s childhood as the daughter of a jazz musician and a go-go dancer set against the lovingly rendered backdrop of 1970s Hastings.  Springfield Road’s prose wavers effortlessly throughout, from tender poignancy to raw, gritty realism and this lovely book serves to remind us that however much the world has changed in the last forty years, in many ways it is still exactly the same." Lee Bullman, Loud and Quiet Magazine

"Salena Godden is an absolute master of, knowing your assumptions, playing to them, and then flipping them completely." Laura Taylor, Write Out Loud