I loved you in the morning, our kisses deep and warm,
your hair upon the pillow like a sleepy golden storm,
yes many loved before us, I know that we are not new,
in city and in forest they smiled like me and you,
but let's not talk of love or chains and things we can't untie,


your eyes are soft with sorrow,
Hey, that's no way to say goodbye

Hey, you super moon super stars, how are you all doing?

I hope you are ok. I mean really, are you ok? It is all crap. I know. We all feel it. The news is dreadful. Abysmal. Catastrophic. There is so much to process. I don't know about you but this month I have been doing some crying, bursting into tears over tiny and beautiful things, crying when people are nice and good and kind, the smallest kind word or song and there I go welling up with tears again. Thank you to all the strong and inspiring people who are trying to make a difference, get back to work, fight the good fight and share some positivity. Everything is going to be alright in the end, and if it isn't alright then it isn't the end. Is that a cliche' or is it just a bit true?

This month I have been glued to the internet, reading your tweets and messages, seeing some hand wringing, some negativity, reading some truly beautiful posts too .. mostly I'm seeing people being positive. Bottom line is we have a lot of work to do. The latest news has me building a war bunker and getting ready to stock up on tinned food and batteries, preparing for the apocalypse. Today I'm not so despondent, but we do need to fight harder, for the vulnerable,  for the outsiders and minorities, for the sick and elderly, for the disabled, for the homeless, the poor and hungry, for the refugees, for things that might not touch our cosy lives today, our safe Hygge, but that that will affect us all soon enough.

Last week my mum, a pensioner in her seventies, was on a train with my sister. My youngest sister Jo-ann was born with Williams Syndrome and has learning difficulties. They were together on the train home from a day trip to Hastings when a young couple, mid-thirties, boarded the train at St Leonards. As the train bumbled along through Sussex countryside, they began intimidating and frightening my mother and sister. They started talking loud and rough and being intentionally racist. My mother ignored them as best she could. Then the man said directly to my mother 'What are you looking at you black bitch?'

My mum goes on to describe the scene to me. I would have placed in another time and era and another country. She tells me how she had to bite her tongue and keep her eyes down on her book, squeezing my sisters hand, telling her to look out of the window. She said how she remembers from experience how to react to this sort of thing from the sixties. She recalled how to be passive and shrink. And this telling hurts - I don't want to picture my powerful and beautiful mother re-learning how to cower for fear of things escalating. My mum says she hasn't been spoken to like that since 1968.

So are you with me? Can you picture this - this is a grown man and his girlfriend in their thirties, being volatile, getting a kick out of bullying and intimidating two women, a pensioner and her daughter with disabilities. He was rambling loudly to his girlfriend, who encouraged him along, interjecting with "and what else do you think?..." As he brazenly continued ranting loudly about how "America has the right idea..." and Trump this and black that, emboldened by recent events and made brave by The Daily Hate and Farage and all their delightful friends. Nobody in the train carriage interrupted him. No-one said anything or spoke up or stepped in. Mum says there was a 13 or 14 year old school boy across from them and that she felt bad for him. My mum was concerned about this boy, the school child, the example this was setting, she saw the boy shrinking down lower and lower into his winter coat. Making himself invisible, this is how people learn to be invisible, this is where we learn to be silent. And for the record the couple were well dressed. They weren't what we regard as thugs or criminals, there was no knife or gun. This wasn't a TV show. This wasn't 1930's or America either, but here in our own green garden, 4pm teatime, on a train in leafy Sussex.

It could have been worse, I know that, but I share this episode as an example of ignorance and intolerance. I share it here to say this is not usual nor acceptable. Thank you to all the people that sent messages and tweets on my twitter when I blurted this out in frustration and outrage. It has been dealt with now, thank you. However I share this for all the times people on programmes like BBC Question Time deny that these incidents are becoming commonplace again. It is like the rise of the ghost of Alf Garnett without the canned laughter.

Advice: If you see something like this, verbal abuse, race and hate crime, if you can please say something or do something. You could just go and sit with the victim. Or maybe ask them if they want to switch seats or walk with them to another train carriage. If you are frightened yourself, please just quietly get up and go and get the train guard. Someone tweeted me this number, make a note of it should you witness anything like this. Please don't be frozen into staying silent. This is not acceptable language and this is not acceptable behaviour. Please text transport police on 61016.

Basically I want us to learn from our shared history, we must listen to people who know the signs. I mean if a person with life experience of bad weather tells you "There is a storm coming..." the response should not be that its "not newsworthy" or that "all lives matter". When you see a person run out into the street yelling "Help! My head is on fire!" you don't shout and wave back "My head is potentially quite flammable too! All heads matter!"

As usual I urge you to follow your poets and artists, to support people working for the spirit of our communities. Love is the answer. Don't promote these wealthy politicians by sharing every shit article and crap inhumane thing they said, share the work of volunteers and charities and the good people trying to make the world a better place instead. Stop giving them free press and free reign all over your social media. They are eating up all the airtime, sucking up all the oxygen, so nothing good can breathe. Read books and avoid reading click bait articles that feed the fear. Don't be so afraid you are frozen by fear. People keep saying its getting like the 1930's but it isn't. It is here and now, this is 2016, there is a fundamental difference, we have pizza delivery and we have disco, and don't you forget it, baby...

Hate crime is rising, then so must the love, make the love rise higher and louder and brighter. Lets turn on the light. Turn up the heat. Lets turn the volume way up and then rip the knob off. We all want a better world and so we're gonna have to roll up our sleeves and get stuck in and work for it. Now is the time to march, to gather and to sing louder. We have no time to waste, the time is now o'clock. Hold the line. Hold your own. Live life alive. Tune in. Live and wired in. I AM A LIVEwire. Offline. Over and out.

Please scroll down for my news, links to books, LIVEwire gigs and parties and all the good stuff. Thank you for being brilliant and thanks for sharing my stuff, looking forward to seeing you soon, you beautiful people! sgxx 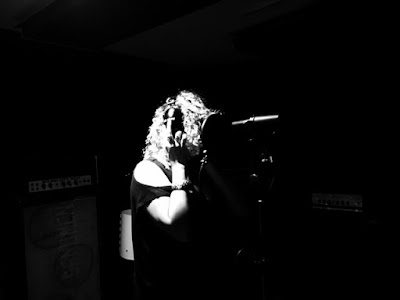 50% of proceeds to go to
Refugee Community Kitchen 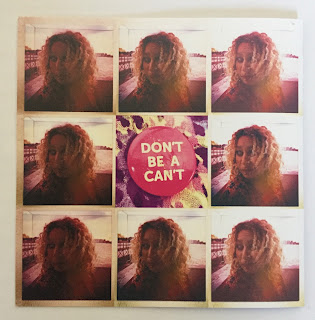 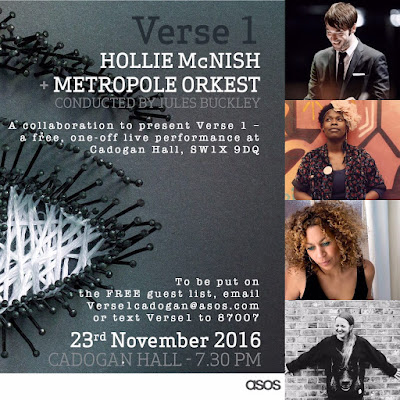 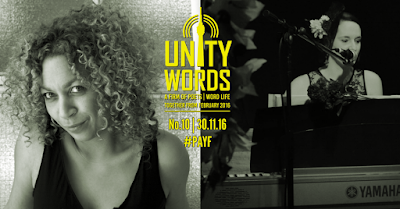 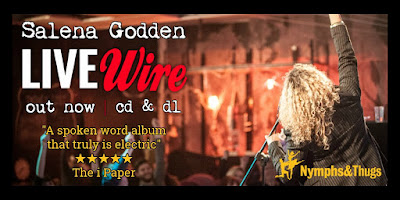 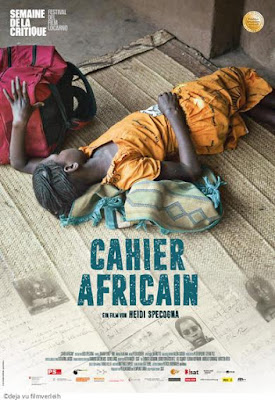 Winning gongs and prizes and awards galore, at Lorcano Film Festival and Dok Film Festival! Winner of the Silver Dove! Winner of the German Human Rights Film Award! Director Heidi Specogna has also just been given the Pearl Award for women in film! Bravo! This is great news, the film is breath taking, heart breaking, hopeful and inspiring. The German narration is by Eva Mattes and the English is by Salena Godden. You must check it out, its being broadcast in Germany right now ... I look forward to the UK premiere!

'Jock Scot Services to Rock and Roll' the movie

https://www.indiegogo.com/projects/jock-scot-services-to-rock-n-roll-poetry#/  - Lets all get together and make this happen! Thank you! 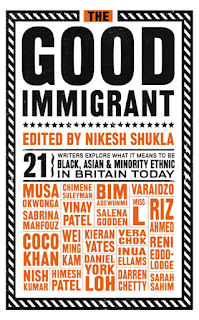 things to check out, read or listen to


'Who grumbles if  white people win prizes?'  Salena Godden in The Guardian 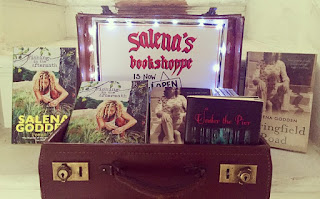