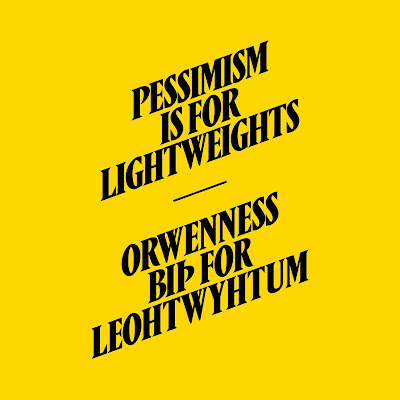 I'm thrilled to share this new piece of magic

'PESSIMISM IS FOR LIGHTWEIGHTS'

To celebrate International Translation Day and bring something magic and new to National Poetry Day 2020, Rough  Trade Books have printed this broadside of a wonderful Olde English translation of ‘Pessimism is for Lightweights’.

Translation is an essential literary endeavour — a means of access into the language, thinking and stories of other cultures, histories and experiences. We believe the act of translation can be a radical rejection of a homogenous literary culture. 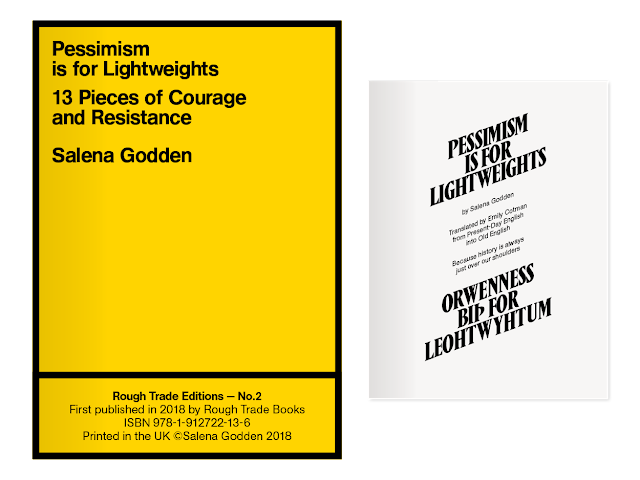 This broadside is a gorgeous and collectable piece of work, it features footnotes on how the words and shapes were made.
The brilliant translation was provided by Emily Cotman, an artist who uses translation as a medium to invoke a more human experience of history. Or, as Emily puts it, “maybe I just want to sing karaoke with my ancestors.”
Emily holds a Bachelor’s degree in Linguistics from The Ohio State University, and lives gratefully with her family on Gayogoho:no land.
Emily first encountered Salena’s poem earlier this year, when she saw it being shared on social media. She says “This poem is a healing thing, and given the history of Watling Street (Wæcelinga Stræt), I supposed that an Old English translation might allow that healing to touch new times and spaces.”

Any purchase of the 'Pessimism is for Lightweights: 13 Pieces of Courage and Resistance' collection from the RTB website from today onwards will include this beautiful translation as an added bonus!! How amazing is that! 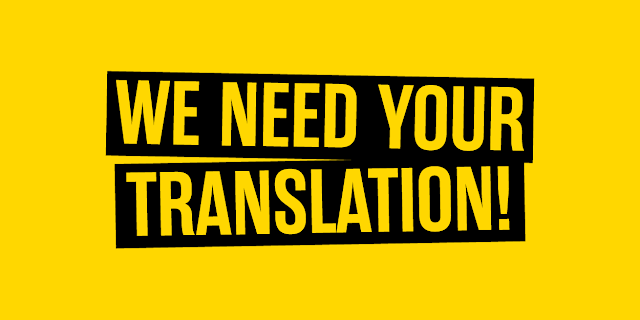 Furthermore - In an act of trying to come together and create some small attempt at unity on this planet we’re inviting people from all over the world to translate ‘Pessimism is for Lightweights’ into your chosen language.
If you fancy giving it a go, please head to the Rough Trade Books Extra Curricular page where you can find the poem as it is displayed at its home at The People’s History Museum, Manchester. We’d especially love it if you could send in a short video of yourself reading your translation...

Get inspired to do a translation,
Watch Emily's piece on YouTube 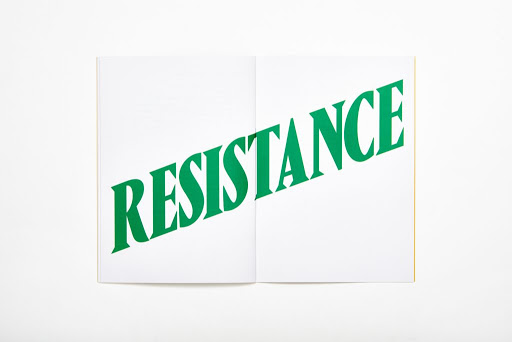 PESSIMISM IS FOR LIGHTWEIGHTS – A TIMELINE

Summer 2017: John Higgs commissions the poem to be used in a podcast centred around the book Watling Street. The first live performance of the poem takes place at the Kentish Town Forum at a rally for Jeremy Corbyn.

January 2018: The poem is erected outside the Arnolfini Gallery, Bristol and later on in the same month the poem was read at the Women’s March, Downing Street

June 2018: The poem is published: Pessismism is for Lightweights: 13 Pieces of Courage and Resistance by Rough Trade Books as part of their first series with a launch event to a packed-out crowd at bookshop Shakespeare and Co in Paris.

September 2018:  Nymphs and Thugs release the poem on an EP, Live at Byline Festival - https://nymphsandthugs.net

October 2018: Special-edition letterpress prints of the poem for National Poetry Day go on sale, the poem is now a visual framed object in people’s homes and offices. The poem is read at the Arnolfini and set to music with Tongue Fu, to a standing ovation. Watch on YouTube…  https://www.youtube.com/watch?v=cF4pOauGCCc

December 2018: The pamphlet Pessimism is for Lightweights: 13 Pieces of Courage and Resistance features in the Rough Trade Shops Top 10 Books of the Year.

April 2019: The poem is read at the first Extinction Rebellion rallies in Bristol and London's Parliament Square as well as Desperate Literature Bookshop in Madrid.

May 2019: The pamphlet Pessimism is for Lightweights: 13 Pieces of Courage and Resistance has a 'special mention' in the Saboteur awards.

January 2020: The poem features on BBC Radio 3 Friday poem, using the recording from The Verb.

February 2020: The poem is erected at People’s History Museum in Manchester as a permanent display for their 10th Anniversary.

September 2020: The poem is translated into Old English by Emily Cotman which kick-starts a campaign to translate the poem into as many languages as possible... 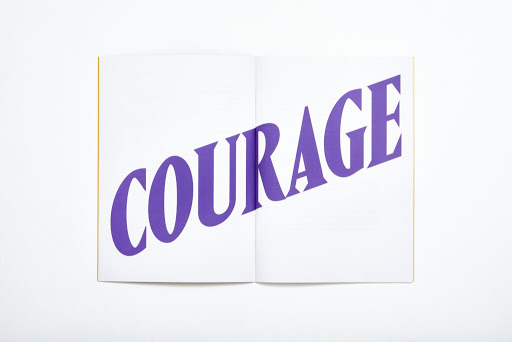 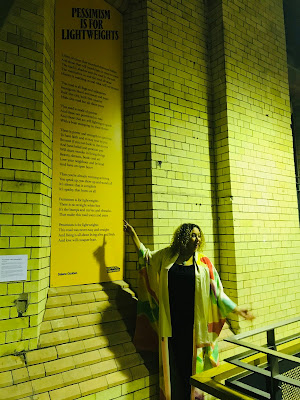 #PessimismisforLightweights is on permanent display

You'll find signed books and posters in the shop!

Register to visit the museum: https://phm.org.uk 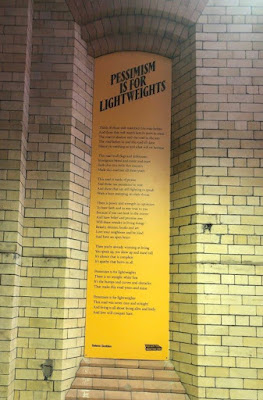 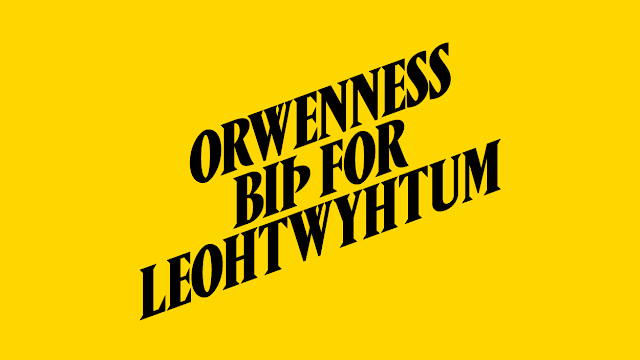 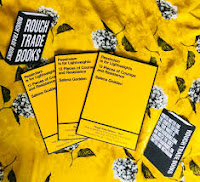