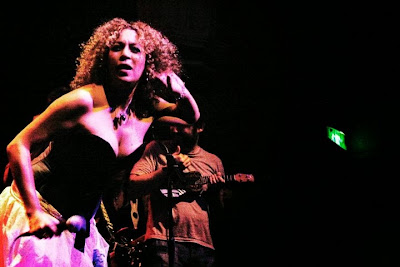 For sexcurity reasons i must not divulge my exact coordinates but needless to say i am alive and i made it over the wall and am in a safe house in Kernow...luckily and ironically and excellently...the house is also a pub...TALK ABOUT LANDING ON YOUR ARSE...what luck!...and so to keep in disguise i have gone native and i am forced to drink rum and vodka and cider and sherry and whiskey and beer and cocktail after bloody cocktail like i like it...or something. I am forced to steal sleep. behind my comrades backs. Yesterday i was caught though - apparently i had a power nap in a toilet and i had 40 winks in a graveyard on my favourite tombstone and a delicious little dream on the beach - but even sillier was that then in the middle of a game of pool i literally swept the yellow and red balls away with my sleeve and climbed on the billiards table to sleep, quick cat nap between courses of more fun, sand all over the green felt falling out of my pockets and eyes..mister sandman tap-dancing all over my head. i remind myself of the lion in the wizard of oz and the dormouse at the mad hatters tea party... Oh my darling, then this is one of 'those' summers.

Do you remember 1988 and the invention of ecstacy...liquid acid...timothy leary...1994 and the 25th anniversary of Woodstock? Oh and 2001 and that USA poetry tour and the summer we blew up the twin towers and brought New York to a stand still.....Then the great late ate 8 years and now we are...here the summer of sleep thieves. On the day of our father calls it Friday and at the hour of midnight the LVV army came and busted me out of the concentration camp of Arvon. With papers and passports and passes all ready...we doused the guards with wine and once sedated we made our escape and drove all night, as the song goes...woke up on a beach in Dorset heavily disguised with body odeour and entered the rinse of Camp Bestival. i sang for my supper though and had an awesome gig with the almighty DOCKERS MC and PATRICK NEATE...i love them two i do i do...i love Book Slam...lets have a massive huge mega party... Book Club Boutique V's BookSlam...an orgy of excellent poets and writers and music and baby oil and champagne..oh what a night that would be!!! watch this space that's so got to happen... My life, my life, my life, my life in the sunshine, everybody loves the sunshine...ahhh love love love ROY AYRES...and PJ HARVEY wearing white but that was one dark thundery set , polly was all dark but genius...hey and THE CUBAN BROTHERS gotta love them pants... The next thing i knew we had made it into Portus Eliotus. The PORT ELIOT the true safe haven of lovelies...and across the border into the Cornwall and just in time to catch the beautiful JOE DUNTHORNE, ROSS SUTHERLAND and TIM CLARE. I could be wrong but i do believe we drinked something they call rum and tequila and wine in coca cola but i could be mistaken. One thing i do know is that THE BOOK CLUB BOUTIQUE BAND first ever all-girl line-up rocked the house. i lost my voice entirely and could only hoarsely croak for a whole 9 minutes and MURRAY LACHLEN YOUNG stepped up to give us a kick ass rendition of Keith Richards and the coconut tree poem................help.....losing signal.... ............sorry about that we got cut off.... In Kernow and the electricity is scarce...water is running out too...just turned on the tap and copper coloured whisky came out...i wouldn't normally mind but it makes the booze look funny...so yes Book Club Boutique Band played Port Eliot, first ever all-girl line-up...thank you to all our lovely Port Eliot mates and OF COURSE the LVV army...Private Patty, General Jack and Major Max you fill my life with light and sun and warmth and joy and laughter - i am eterally grateful for all your hard work and efforts...oh shucks...round of applause... That was called Sunday night and now tis the day they incessantly call Tuesday...have read smoke signals that the BCB in SOHO last night, the fantastic NII PARKES gig, the FLIPPED EYE party rocked last night. The next BCB is SEPTEMBER 14TH 'Bak 2 Skool Nite' conker fights, harvest festival, our headline act i reckon DOCKERS MC and a whole load of newcomers and fresher upstarts and new bloods...lets flush them heads down the toilet and nick their dinner money.


NEXT BCB GOES NATIVE...BCB GOES CAMPING...THE BOOK CLUB BOUTIQUE SPACE INVADERS...AT THE ALMIGHTY STANDON CALLING....STANDON IS NEXT WEEKEND...NO WAY? YES WAY? YES WAY...SHIIIIIIIIT!!! That's 5 shows and 2 dozen BCBers all in one killer Tipi and the weather is going to be scorchio, bring your swimming kit, and them wheatfields all golden and lush and a million top cainer buddies too...massive woop! times ten! I really do have to go now before they see me in here. I had to kill someone in order to write this. like really kill them. dead. BRUTAL cornish pasty attack, i bludgeoned the man with a Cornish pasty...there is blood all over the computer and splattererrrrd on the screen...oh no its not blood..its bloody...bloody mary...quick lick it off before they see it...urghhh...imagine if you had to lick it...imagine...right now if you lick your keyboards as you read this it will be like lick licking all universally and licky and all together...lets lick the computer keys...the letter L...lick the letter L...NOW...come on LETS ALL LICK IT...LICK... LICK the letter L....L!!! Lliiiiiiiickkkkkkk it! love.life.live.long.time.alive-o woop woop the s and the g and the b, c, b! xxx
Posted by Salena Godden