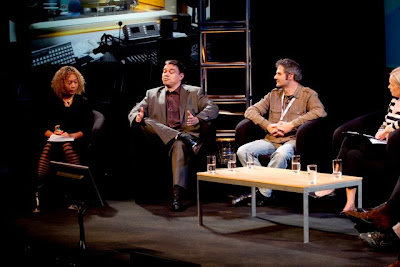 THE HEARTLAND: Poem written for the BBC Radio Academy, RadioFestival 2010 -
‘Festival Gatecrash’ Performed and written yesterday in response to the question ‘What’s wrong with radio?’ and delivered live on a panel plucked from the world of politics, piracy, philosophy and social media. Other 'radio rebels' on the panel included DJ Johnny Jay (Pirate Radio) John Morter (Save 6 Music and the mastermind of the Rage Against the Machine Christmas number one campaign) Andy Spinoza (SKV) and Ken Livingstone among others. The debate was chaired by the brilliant Mariella Frostrup and recited in front of packed theatre audience of senior executives, programmers and producers from the BBC, commercial, local, community and internet radio stations. Video footage on YouTube and BBC website links soon come.


*Hey, there wasn’t time to thank the radio shows and producers who do programme slots for poetry and short fiction - but you know who you are and this poem salutes you. Thank you to Radio 4's Today programme for asking me along, kinda scary, but great fun! 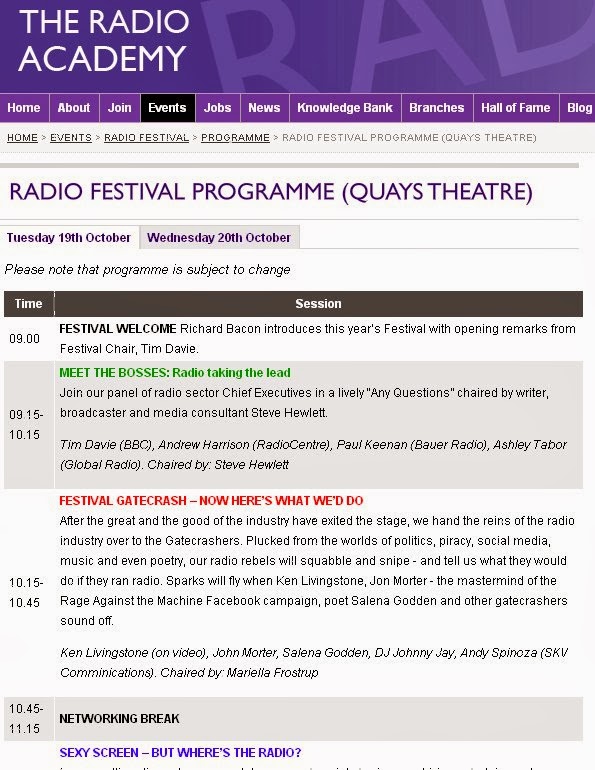