Suddenly its saffron and golden and it is September, but what a wonderful summer it was...

In June there was the mighty Hammer and Tongue tour then onwards to The Stoke Newington Literary Festival with the one and only Linton Kwesi Johnson. Colin Grant's 'The N-Word' documentary was aired on Radio 4. Hollie McNish, Viv Albertine and I talked memoir and poetry on 'The Verb' with Ian McMilan on BBC Radio 3, listen again here. Then there was the Highbury and Islington First Story anthology book launch, the magnificent Speaky Spokey in Brighton was rocking and The Mary Millington launch with Karen Hayley, Phil Jupitus and Tim Wells and Tangerine Press was smoking hot too. Later in July the Book Club Boutique launched the publication of 'Fishing In The Aftermath' at Vout O Reenee's. So far, so good, it is the fastest selling title to date for my poetry publisher Burning Eye. We have been receiving some great reviews from Now Then and Opus Independents to Dan Carrier in The Camden New Journal and Tim Wells in Rising Magazine. There is also an interview with Alan Bett in The Skinny which came out in August too.

What else? Well, it feels to me like one minute I was in London on Chris Redmond's The Dojo on Soho Radio and the next thing I know I am in wellington boots, drinking cider in hay stacks and raving in woods, backstage at the mighty Latitude Festival with John Cooper Clarke and Roger McGough, then weird and wonderful was Ways with Weirds in Port Eliot, then I was anti-fracking with Jamie Kelsey Frye at The Green Gathering and then drinking cocktails with Irvine Welsh and Bill Hillman at Bookslam in Wilderness Festival with Gavin Turk and then I was partying with the Nasty Little Press crew and Luke Wright and Daniel Cockrill and the Bang Said The Gun gang and I sae Jock Scot and Neu! Reekie! at Edinburgh Book Festival and then Ali Smith was lovely and Jacky Kay was lovely and Simon Munnery and Stewart Lee too... and then... I met so many new friends... and I met so many old friends... and this summer was nothing but highlights. Thank you to all comrades who were there in the bars and in the pubs and in the trenches, I love festivals and there is more to come...

This is the month we see the publication of 'Springfield Road'

There are no words how this makes me feel. Ok there are three words: Anxious. Nervous. Excited. I am a mash-up of Anxnervcited. 'My butterflies have teeth'. It has been a magnificent mountain to climb from my first unsteady steps and early drafts back in 2006, to rewriting the entire book alone up a mountain in Andalucia in 2010 to here, crowd funded and a finished book in my hand and in print. This is happening with thanks to people power, friends and family and the kindness of strangers who pledged and tweeted and facebooked and helped spread the word. Thank you. I believe these beautiful books arrive at Unbound HQ next week, so look out for the postman delivering your gorgeous first editions. I reckon the official publication date is to be September 30th but please follow the Unbound page to find out more a bit closer to the time! 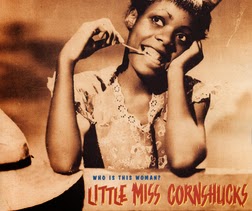 In April earlier this year, I was with the BBC in snowy Chicago making 'Try A Little Tenderness: The Lost Legacy of Little Miss Cornshucks' I'm delighted to hear that it will be broadcast three times this September on the BBC World Service. So for those of you that are abroad and missed it when it was aired in the UK springtime on BBC Radio 4, here's your chance to hear it aired globally on the World Service this autumn.

September 5/7th
Festival No.6, Portmerion
*please check the programme, I'm doing 4 or 5 shows over the weekend

October 2nd
OTHER WORDS presents a fundraising day and an evening event to celebrate a 100 years of Robert Tressell's book The Ragged Trousered Philanthropists!!
All day event: Robertson Street and The Carlisle, Hastings, East Sussex. 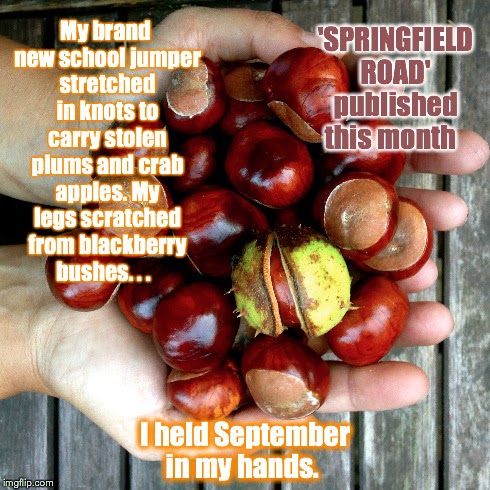 'Fishing In The Aftermath' Press

"Salena Godden has acquired many strings to her bow over the years, spoken word trailblazer, posh establishment broadcaster and literary shindig hostess par excellence to name but a few, but as Fishing In the Aftermath ably illustrates, she is first and foremost a poet. Spanning the first twenty years of her career, the poems included in the collection are multi-layered, darkly comic, brutally real and endlessly imaginative. Godden lives in the same world as the rest of us, but she sees it slightly differently, and her Fishing In the Aftermath is a stunning and timely collection from one of our most original and talented poets." Loud and Quiet Magazine

"Anyone who has ever felt frustrated that literature does not speak to them, or that politicians do not represent them, or that to have a relationship with another human being is incredible, cannot help but have their spirits lifted by this collection. It is joyous to read, at times angry, at times tender, always driven by the most compelling of personalities. And for anyone aspiring as a writer, may Godden’s sign-off in ‘A Letter to a Young Poet’ ring true – “keep the ink wet and keep it burning.” Opus Indie

“Poetry is not for the fame hungry or lightweight. Back then there was some method in my madness and a fierce discipline through the booze and the chaos” she says "It takes guts to stand by your convictions and my advice to any young writer is taken from Churchill: Never, never give up. My only other advice is: Don’t ask for advice listen to yourself." full feature Camden New Journal.

"I could never understand how she got so much writing done. It was heroic, really… there was ‘Salena Saliva’ in Bukowski mode, a fictional character she developed on the hoof, and performed on the city’s stage. Then there was the fiercely disciplined Salena Godden who locked herself away for days and laboured at her poems, turning her experiences into art."  Unofficialbritain

Chris Redmond of Tongue Fu presents The Dojo, the home of spoken word and poetry on Soho Radio. In this show he interviews British poet, performer and writer Salena Godden about her past and present, including her newly published collection of work ‘Fishing In The Aftermath Poems 1994-2014’ available from Burning Eye Books. Features live readings and music from her archives, from Coldcut and SaltPeter  LISTEN AGAIN HERE

If you visit the new Foyles on Charing Cross Rd,
you'll find Godden's #fishingintheaftermath
in the poetry section nestled alongside Ginsberg & Goethe 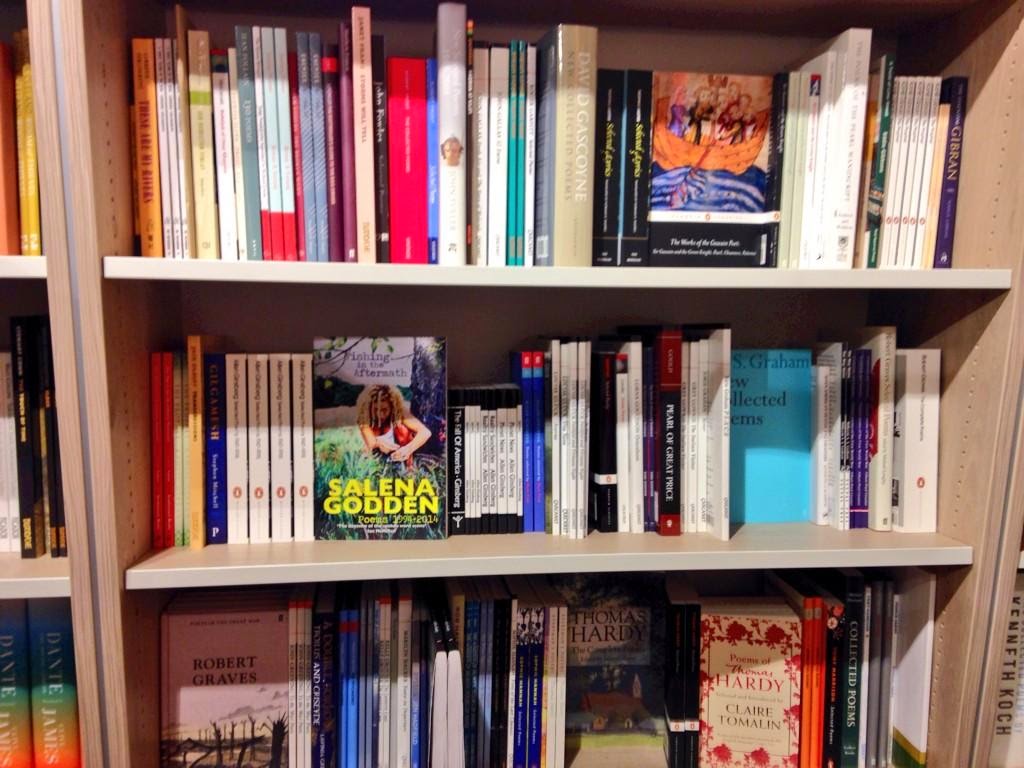