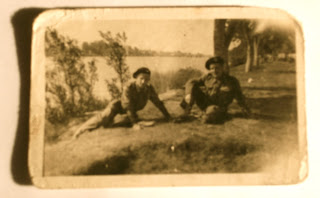 Grandpa George used tools as they were properly intended, shoe horns and letter openers. He spoke with the gentility of another time. His pockets were always weighed down with old handkerchiefs, coupons and string. He loved animals, as he grew more elderly his love of animals led him to seek products that didn’t use animal testing. He loathed any form of animal cruelty and anti-animal testing posters were sellotaped to his lounge windows.

Grandpa kept to the rules of his childhood: Fish, often kippers, on Fridays, which made the house stink something awful because he had a tendency to forget about them and burnt them. He was to be found at Christ Church throughout the week and twice on Sundays. He never missed the Proms, and that was when classical music would boom even louder than usual through the house. He referred to steam engines as proper trains. His work in the church was both a job and something he enjoyed. He also loved the royal family and his Queen and country - And anything modern was described as new-fangled-claptrap....

Here you can hear his voice, this is an excerpt transcribed from a recording of an interview that took place in Hastings in 1988...

“I think there should be more periods of calm and quiet. I think there should be belief and dependence on God. I get involved with questions about God and spiritual matters and of course I don’t know and cannot answer…but somehow with God there are lots of things I don’t understand but I just find I accept it….we must try to have quiet times to reflect. I do think that prayers help an enormous lot. I don’t know how, but they do. If you ask for things that you want, sensible things, not selfish things, the answer comes somehow, in my experience.

Also we should try very hard to think the best of all people. All sorts of people try to irritate and annoy, but we should try to think the best and think good of them. I think one of the terrible things that I have always hated is class distinction. It is one of the things I had to put up with when I was a youth. I found the army a good experience in that direction. You were thrown together in a barrack room with all sorts of different types that, as a youth, you would not be allowed to mix with. I found that they were not so bad and they probably found that I wasn’t so stuck up as they thought. I am not saying this in a communist sense, but I think there is good in all people.” 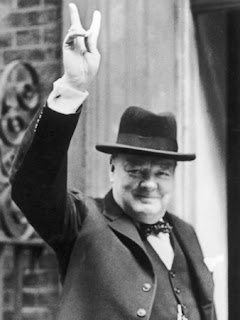