Each year, every January, without fail, I spend the first days of the year in a strange holier-than-thou space wondering what to give up and what to stop and the answer is always the same, don't give up things but take more things on. ie. If you must worry so much then you have to swim and dance more. This year I think these resolutions by Woody Guthrie best sum up what I plan to do this year - read lots of good books, stay glad, dream good, wake up and fight, love everybody - maybe this year it is all just as simple as this because these are the things that make us happiest. As poets and artists we make up our jobs as we go along. Nobody asked us to do this with our time and energy but we still do it don't we. Someone once wrote that you'll never work a day in your life if you are doing something you really love to do. A famous American poet quipped that in life all you have to do is find something you love to do and do it until it kills you. Another says that if you want to write a book just sit at a desk and bleed. Sometimes I wonder how this life began, its not easy, I don't remember choosing the writing and the adventures, the travel and the performance, the music and the radio making, somehow it found me, and I feel very blessed right now...never, ever give up. 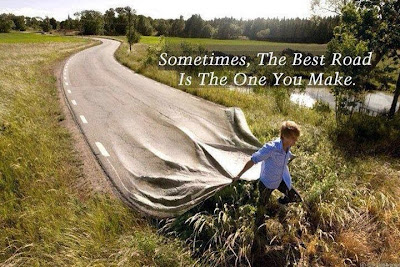 On January 4th 2013, exactly a year ago today, we said goodbye to our dear friend and brother Gigi Gianuzzi. I remember coming home from the funeral and locking myself away only to spend the month of January writing, recording and borrowing sounds with the sole aim of trying to capture the feel of our friend and his extraordinary life. With thanks to Hannah Trolley, this work took on its own life. It was presented as a sound installation with images from Gigi’s vivid journey and premiered at The Trolleyology Exhibition, Londonewcastle Project Space, Redchurch Street. It was sent to be exhibited in France at the ‘Paris Loves Gigi Party’ in February at Au Café Le Béguin and then it was shown in New York. Finally it was taken to Gigi's birth-home of Italy and exhibited at the successfully Kickstarter funded Trolleyology Book Launch as part of The Venice Biennale on May 28th 2013. Gigi’s Soundgarden & The Trolley Radiopicture by Salena Godden is on Mixcloud  here.

Its been a busy and productive time, I have much to be grateful and glad about. I completed new short stories and poetry and you'll find those pieces published in books by Tongue Fu, Bang Said The Gun, Book Slam, Influx Press and Paraphilia Magazine. Also this year I enjoyed some great gigs and festivals, performing at Hay-on-Wye, Cornbury Festival, Stoke Newington Literary Festival and Wilderness. Notably this year I fulfilled an ambition to follow my father's footsteps to perform at The London Palladium, it was a wonderful evening with fellow poets supporting John Cooper Clarke. Later in August, I completed a commission to celebrate the 50th Anniversary of Martin Luther King's 'I Have a Dream' speech, I recall delivering my version of that speech with much gusto to the crowds of London's South Bank. I also supported and read poetry at The House Of Lords for United Nations 21st Annual International Day of Disabled People. Meanwhile over at the BBC in the springtime I was delighted to take part in The Sound Women Festival and in June I recorded an episode of From Fact To Fiction with Kate Fox. I also wrote a commission for Click Radio on The BBC World Service. This year saw much travel and adventure, most of all I had a wicked and inspiring time at the brilliant Ubud Writers Festival in Indonesia and if you add to that my continued work with the young people and the fantastic team at First Story...for me 2013 was quite a year.

Coming up in 2014 we see 'Springfield Road' published with Unbound Books. There are no words to describe how pleased I am about this and how relieved my nearest and dearest are. Thank you to my brilliant family and friends who are and were so generous and patient. We reached our target in December, it was a stunning finale' to a stunning crowd funding journey. You must order your copies now from unbound.co.uk if you'd like to read this book before it hits the shops later in 2014.

Throughout these wintry months I will mostly be hibernating and working on the writing. In the wings I have a beautiful big fat poetry collection getting ready to be published this summer. This winter I'm working on a new BBC commission and will be flying to America to make a new documentary, alongside my producer, the award winning and uber-talented, Rebecca Maxted.

Thank you for reading this far down the page. I wish you all the best for 2014. I have no idea what's around the corner, probably more gigs and more parties, more writing and more radio making, but seems there is nothing to do right now and today but follow Woody's wise words and resolutions: read lots of good books, stay glad, dream good, wake up and fight, love everybody. 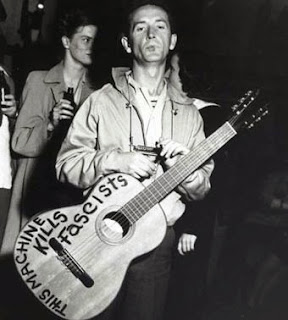 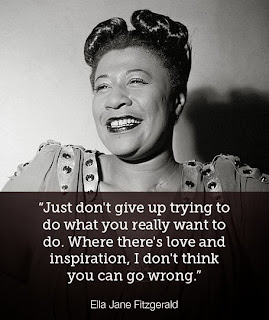